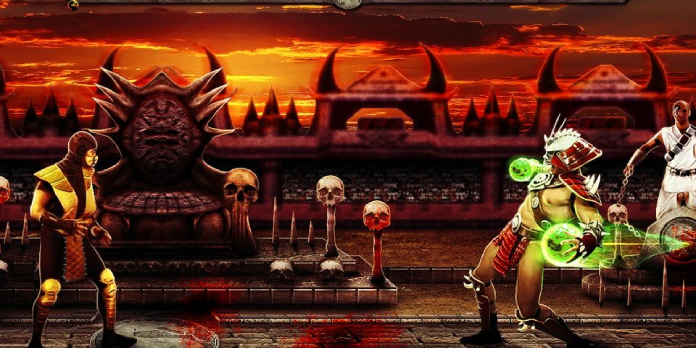 After commenting on a Reddit thread, Mortal Kombat gamers believe that MK2’s logo and art are the greatest in the series. Characters and music are also valued.

Many Mortal Kombat fans think that Mortal Kombat 2’s logo and artwork are the greatest. Midway’s fighting game sequel, designed by John Tobias, debuted in arcades like its predecessor before making the brutal battles available on home systems. Mortal Kombat 2 continues to pave the stage for the franchise to be a commercial success by warning players that “nothing can prepare you” in its promos.

Mortal Kombat 2 greeted fighting game fans with a host of new improvements over its predecessor, including improved graphics and gameplay, a more extensive roster, and new finishers, including Friendship and Babality. The superior quality features of MK2 may explain why it is still popular among gamers. One fan even went so far as modding Mortal Kombat 2 into the DOOM engine to demonstrate his thanks.

Many Mortal Kombat players think that the logo and art for MK2 are the best in the series’ history, as seen on the game’s subreddit. CrooklynKnight, a Reddit user, voiced his opinion on the subreddit, and many others agreed. Along with agreeing that MK2’s logo and art are fantastic, people praised the game’s characters, soundtrack, and general mood. CrooklynKnight’s artwork image was compared to a movie poster by one commenter.

Still hands down the most creative and evocative logo and art in the MK lore. from MortalKombat

John Tobias, the co-creator of Mortal Kombat, designed the logo and artwork for MK2. Until departing Midway in 1994, the Chicago native served as the franchise’s primary artist. Tobias was an Art Institute student who wanted to be a comic book artist before collaborating with Ed Boon on the first Mortal Kombat game. Following the original game’s popularity, both men would reunite for MK2 and bring new characters to the Mortal Kombat roster, including Jax, Shao Khan, and Mileena, who is known for her terrible lips. Tobias worked on Williams Electronic Games’ Smash TV before creating the Mortal Kombat worlds and the warriors who inhabit them. Tobias was also the illustrator for the Mortal Kombat vs. DC Universe pack-in comic that came with the premium editions of the game.

Also See:  The Last of Us Comic Fanart Is Approved by the Game Director

While the predecessor will always be remembered as the genesis of a fighting game craze, MK2 was the game that put the model to the test. Many people on the subreddit were reminded by CrooklynKnight’s post that MK2 was as graphically stunning as fun to play. It’s difficult to say how much of an influence Mortal Kombat would have now if Tobias’ aesthetic touch hadn’t been incorporated in the series’ early games.