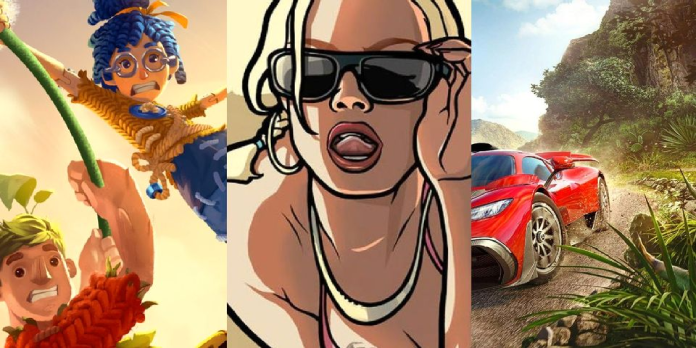 According to Microsoft, the restored GTA San Andreas, day-one release Forza Horizon 5, and co-op caper It Takes Two are among the games coming to Xbox Game Pass in November. The titles will be accessible for download from various dates during the month for Xbox Game Pass customers. They will remain in their library until the subscription is terminated or Xbox removes them from Game Pass.

Xbox Game Pass is widely regarded as one of the greatest gaming subscription packages available. Xbox players will be able to access a wide choice of games across Xbox consoles, the cloud, and PC (with Game Pass Ultimate) for a monthly charge, including titles from all generations of Xbox gaming. Day-one releases are becoming increasingly typical for the service, with highly anticipated games like Twelve Minutes, Psychonauts 2, and others debuting on the platform on the same day they were released elsewhere. Many older titles in the collection have been upgraded for newer technology, with roughly 100 Xbox Game Pass games available in 4k quality and 60 frames per second.

Football Manager 2022 (PC) will be one of November’s Xbox Game Pass day-one debuts, launching on November 9 and the console edition of the game, which will be available on the same date for cloud console PC. Forza Horizon 5 is also available on the first day, November 9, and maybe downloaded on the same day. Other noteworthy releases for November include Grand Theft Auto: San Andreas – The Definitive Edition for platforms on November 11, It Takes Two for cloud, console, and PC on November 4, and Minecraft: Java and Bedrock Editions for PC on November 2. The following is the complete list:

Big shoutout to the person who invented lists for making these posts possible: https://t.co/Xwh7l9Ioga pic.twitter.com/i5TFadHqA4

Also See:  After a recent patch, New World Gets Review Bombed on Steam

November is shaping up to be one of the most exciting months of the year for Xbox Game Pass, with AAA titles and independent gems, brand-new releases, and even a much-anticipated remaster. Halo Infinite will be available on Xbox Game Pass on its release, December 8, making December a good month for Xbox Game Pass. There will be even more Game Pass announcements in the second part of November and in December.

Original God of War Was Almost a First-Person Game

Gotham Knights’ Court of Owls Explored In Behind the Scenes Video