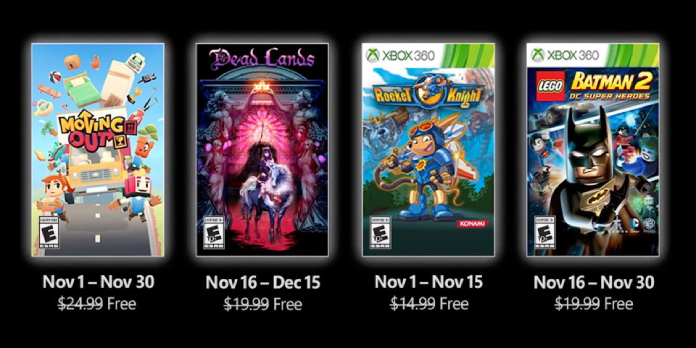 According to Xbox, LEGO Batman 2 DC Super Heroes and Kingdom Two Crowns will be included in the November 2021 Xbox Games with Gold lineup.

In November, Xbox Games with Gold 2021 will release LEGO Batman 2 DC Super Heroes and Kingdom Two Crowns, among other titles. Xbox Games with Gold is a monthly subscription service that gives free games to Xbox Live Gold and Xbox Game Pass Ultimate users. Because of a price drop to Xbox’s online services in three regions, both subscription services’ value recently rose for some users. With the announcement of the four new free games for November, some Xbox users are once again questioning the worth of Xbox membership services.

Also See:  How to Install Windows 3.1 in DOSBox, Set Up Drivers, and Play 16-bit Games

Although LEGO Batman 2 DC Super Heroes is regarded as one of the best LEGO franchises, LEGO video games are not well received. As a result, the announcement that Xbox Games with Gold will include this title may only excite a specific gamer, which is very fond of the LEGO franchise. Moving Out, a video game in which the player takes on the role of a Furniture Arrangement and Relocation Technician (F.A.R.T. ), may also appeal to a comparable gaming audience. On the other side, Kingdom Two Crowns may appeal to some subscribers due to its pixel art-based two-dimensional landscape.

Also See:  How to Use China Post Tracking App to Pinpoint Your Parcel

Overall, there does not appear to be a standout game in the lineup. The August Xbox Games with Gold lineup was good, and October’s offer of Resident Evil Code: Veronica X seemed to indicate that the lineups would get better. Unfortunately, it appears like this new lineup will be a flop. Hopefully, this is merely a stumbling block for Xbox Games with Gold.