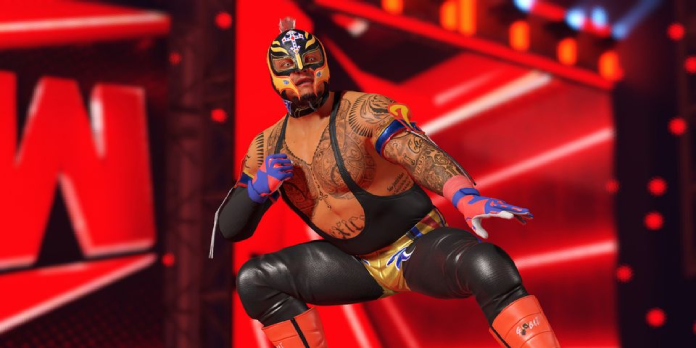 WWE 2K22 pre-order copies are now available, and the game’s March 11 release date has been confirmed by 2K Games.

After the terrible launch and poor reaction of WWE 2K20, 2K Games and Visual Concepts took a temporary hiatus from the squared circle. Still, they’re back with a brand-new iteration that promises to “hit different” than previous instalments. WWE 2K22‘s makers have revealed the numerous incentives available to players who pre-order the latest pro-wrestling simulator, which will be available in four distinct editions.

Visual Concepts has been slowly revealing details about WWE 2K22 over the past year, including improved graphics and the return of popular game modes such as Create-A-Wrestler, Universe Mode, and GM Mode. There will also be a slew of new features, such as the MyFaction stable-building system, which will allow players to form their power group to crush the competition. 2K just announced the official cover art for WWE 2K22, which features Rey Mysterio, a famous WWE Superstar. Some alternate character skins for The Undertaker were previously shown as pre-order incentives, but it turns out that Visual Concepts has a lot more to give fans eager to get their hands on WWE 2K22 when it comes in March.

Also See:  how to build your own pc

2K Games has released the full set of features for WWE 2K22 in a recent press release, confirming that the story-based 2K Showcase mode will be centred on Rey Mysterio and disclosing the game’s March 11 release date. In addition, 2K details all of the pre-order bonuses, which will be distributed in four different packages. The Standard Edition, which includes the base game for PlayStation and Xbox consoles, the $79.99 Cross-Gen Bundle, which includes last and current-gen versions of the game as well as the Starrcade ’96 Rey Mysterio Pack, and the $99.99 Deluxe Edition, which includes the previously mentioned Undertaker Immortal Pack, a Season Pass for all five DLC content packs, and limited-edition WWE SuperCard content for physical copies, are all available. Finally, there’s the $119.99 nWo 4-Life Edition, which includes additional costumes for Hollywood Hogan, Scott Hall, Kevin Nash, and Syxx, as well as Eric Bishoff as a playable character, the WCW Souled Out 1997 and WCW Bash at the Beach 1996 arenas and the nWo Wolfpac Championship.

WWE 2K22 has been a challenge for 2K Games and Visual Concepts, and not just because of the need to regain player trust after the failure of WWE 2K20 and the lukewarm reception to the arcade-style WWE 2K Battlegrounds in 2020. A recent flurry of WWE firings, releases, and contract terminations has cast doubt on WWE 2K22’s playable character roster, with insiders claiming that the game would feature one of the most out-of-date WWE rosters ever. According to a few of the wrestlers who have been released in the last year, Visual Concepts had planned to base WWE 2K22 on the rookie-centric NXT division, but the recent wave of layoffs forced them to abandon that plan.

WWE 2K22 is hoped to make a comeback in the world of pro-wrestling simulators, as its cover star Rey Mysterio has done many times in the real-life wrestling ring. It remains to be seen whether the latest WWE game can pull this off, but when WWE 2K22 hits the ring on March 11, players will have plenty of pre-order goodies to choose from.

A Halo player combines the Skewer and the Man Cannon for...