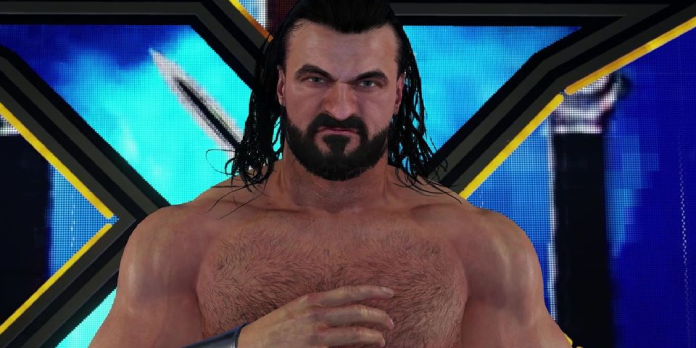 More information about WWE 2K22 has begun to surface, including the motion capture method used to bring the game’s many Superstars to life, as well as plans to expand WWE’s NXT division. Since April, 2K Sports has promised that their next WWE game will “hit different” than the infamously rushed WWE 2K20, which resulted in the postponement of WWE 2K21 and the release of the arcade-style WWE 2K Battlegrounds while developer Visual Concepts refined and retooled its in-ring approach.

During August’s two-night WWE SummerSlam event, 2K Sports debuted footage for WWE 2K22, which included vastly upgraded models of in-ring opponents like Edge and Roman Reigns, as well as the game’s new March 22 release date. Last month, another trailer teased the return of fan-favorite WWE 2K22 elements, including GM Mode, Universe, and the custom wrestler Creation Suite, as well as a new MyFaction mode that allows players to establish their power group to take down the opposition. The story-driven 2K Showcase mode in WWE 2K22 is reported to trace the career of a legendary luchador, Rey Mysterio. However, recent leaks show that Visual Concepts intended WWE 2K22 to focus on newer faces.

Also See:  How to Find Your Windows 10 Product Key Using the Command Prompt

Several recently released WWE Superstars spoke with Patreon-exclusive wrestling news blog Fightful Select about their role with WWE 2K22, according to Sportskeeda. These wrestlers said they were brought in “many times” for motion capture work and that Visual Concepts did two scans on them: one for their face and one for their physique. Even the wrestlers’ tattoos were studied to guarantee that their in-game models were accurate and avoid potential copyright issues. The performers in question were also supplied motion capture film to verify that their moves would be correctly represented in WWE 2K22. Finally, according to insiders, WWE 2K22 was supposed to be based around WWE’s NXT brand (which focuses on newer and younger WWE talent than shows like Raw or Smackdown). Still, WWE’s recent surge of releases has effectively placed those plans into question.

Indeed, during the last year, WWE has let go of many outstanding wrestlers, from lower-card rivals like Blake Christian to fan-favorite main eventers like Bray “The Fiend” Wyatt. This hasn’t helped Visual Concepts’ efforts to keep a current and consistent roster of playable stars in its latest wrestling game, with one report suggesting that WWE 2K22 has one of the most out-of-date rosters in the franchise’s history. Due to the protracted production period for WWE 2K22, the relationship between 2K Sports and WWE became even more strained, with WWE threatening to revoke its license altogether in favor of a rival publisher if Visual Concepts failed to deliver the game on time.