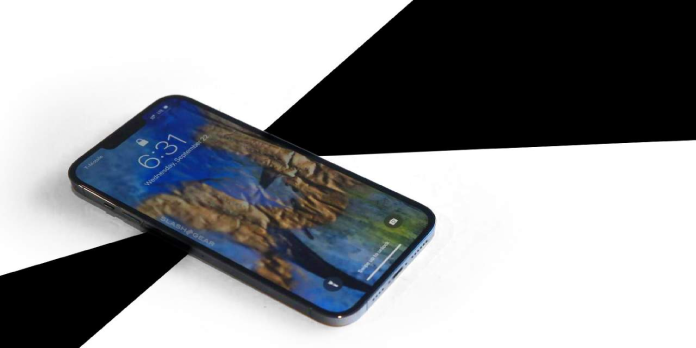 I’ve been travelling this past week, and therefore the iPhone 13 Pro Max has been my trusty sidekick. Whether it’s boarding passes, camera duties, messaging or keeping me occupied with ebooks and music, I’ve found myself watching the superb 120Hz ProMotion display an entire lot. When the sensors above that screen stare back, they do not see what they need to.

Face unlock – Face ID in Apple-world – has been a side victim of the coronavirus pandemic. Consistently wearing masks (along with regularly washing your hands and being vaccinated) is one of the CDC’s big recommendations for avoiding COVID-19, and it’s a legal requirement when you’re in airports and on trains.

Having half your face obscured isn’t especially helpful to a system that relies on scanning it to unlock your iPhone. And, with what proportion I’ve been using the iPhone 13 Pro Max in the week – and enjoying it, too, particularly the superb cameras – it’s a hurdle I’ve been running into many times each day if less.

Apple’s workaround, of course, maybe a singularly Apple-y way of handling half-masked faces: you would like to possess an iPhone and an Apple Watch. The feature, launched earlier this year as an iOS 14 update, allows you to bypass security on the iPhone even as long as your Apple Watch is on your wrist and unlocked.

Now, leaving aside the very fact that not everyone who has an iPhone also has Apple’s smartwatch, this workaround was delayed pretty much. I’ve been using it on an iPhone 12 Pro Max since it was released, and while there have been times it simply didn’t unlock or would unlock without my intending it, it did make using iOS while masked more streamlined. Unfortunately, it’s not working any longer.

Since switching to iOS 15 and, therefore, the iPhone 13 Pro Max, I’ve lost the power to unlock with Apple Watch. Showing the feature within the iOS settings gets me a “can’t create a secure reference to the Apple Watch” message. A fast search online confirms I’m not alone.

It looks to be an iOS 15 issue, not an iPhone 13 one. Still, since Apple’s latest version comes preloaded and you can’t downgrade it, anybody will probably find that little distinction comfortable within the same situation as I’m. I’ve tried all the “fixes” and suggestions listed online – rebooting the phone and therefore the watch; updating to the newest software version of each; even unpairing the Apple Watch then repairing it from scratch – and zip works.

Also See:  Despite the clash with Apple over its App Store policies, Facebook is rolling out its cloud gaming service to iOS devices through a web application

I’ve been travelling in the week, so wearing a mask an entire lot, and it’s been a reminder of just what percentage times you would like to unlock your phone. Even just checking the newest notifications, if you’ve got iOS’ privacy feature that only reveals their content on the lock screen when iOS is unlocked, it requires a PIN now. The iPhone 13’s screen notch could also be smaller this generation, but that doesn’t matter when Face ID can’t see enough of you to try to do its thing.

Meanwhile, I’m looking envious at devices just like the new iPad mini and its Touch ID sensor built into the facility button. I can understand why Apple shifted far away from a fingerprint scanner within the iPhone, and – when unmasked – I’m an enormous fan of Face ID. I particularly enjoy how it makes logging into apps and unlocking payments simple. Honestly, it took a worldwide pandemic to urge frustrated by it.

Rumours of a return of Touch ID to the iPhone have given many people – myself included – a glimmer of hope about striking that balance of security and convenience again. Unlock with Apple Watch was generally functional but still might be clunky within the same way that anything wirelessly-dependent (I’m watching you, AirDrop) can periodically leave you looking for a physical alternative. Even as even that took its time arriving in iOS, however, it always seemed a fact of reality that if Apple meant to return a fingerprint sensor to its phones, that wouldn’t be in time for 2021.

As it stands, for a spread of reasons – not least vaccine holdouts – it’s like we’ll be masked-up well into 2022 and doubtless beyond. An iPhone 14 with a built-in Touch ID sensor probably will be even as relevant as an iPhone 13 would’ve been thereupon today. Mention disheartening.

Security is, of course, one thing you ought to never compromise on. Tempting because it is to vary the settings on my iPhone so that it waits for a touch longer to unlock or shows the content of my notifications for anyone who glances at them on the lock screen; I do know that’s a foolhardy thing to try to to. Instead, I’ll wait (semi) patiently for the inevitable iOS update, which hopefully fixes iPhone unlock with Apple Watch, and clock in my regular PIN until that arrives.

All an equivalent, I can’t help but ponder whether, as we rush to embrace new technology, being equally quick to go away behind what came before it’d be a missed opportunity. I’m not someone who particularly mourns the loss of the headphone jack, but these past few days have certainly left me more sympathetic to those that discovered the tech world changed and, within the process, decided something important to them could be left behind.

Apple is updating its AirTags to make them less useful for...