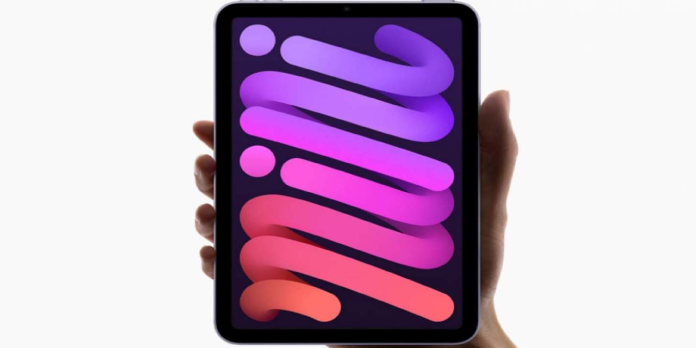 Apple announced some iPad updates, which is the main attraction of today’s Apple Event. The iPad mini is one of the iPads being updated. It sounds like Apple’s smallest iPad will be getting a significant redesign. The iPad mini will be getting rid of the home button and instead have a full-screen display that extends almost to the edge.

Although Apple called it an “edge-to-edge” display in today’s presentation, some borders are visible around the screen. However, they are smaller than those on the iPad mini. Apple claims that the new display measures 8.3 inches. It supports True Tone, 500 nits brightness, wide color gamut, and supports up to 500 nits of brightness. Apple managed to keep the iPad mini’s overall footprint unchanged despite the larger screen.

Apple announced today that the iPad mini 6 has a 40% increase in CPU power and an 80% increase in GPU power. Apple’s A15 Bionic chip will be used in the new iPad mini. Apple claims a 2x increase of machine learning capabilities with the A15 Bionic.

The iPad mini also has new functionality. The iPad mini has a USB-C port, just like the iPad Air. This allows it to connect to many USB-C accessories and supports 5G. The iPad mini can be used with the 2nd-generation Apple Pencil. It attaches magnetically to its side and charges while it is not in use. The new tablet now supports the centre Stage. This feature was previously only available on the iPad Pro.

Apple has announced that the new iPad mini can be pre-ordered today and will start shipping next week. The iPad mini is available in both WiFi-only or cellular configurations. It starts at $499. It will be available in four colors: Starlight, purple, and starlight.