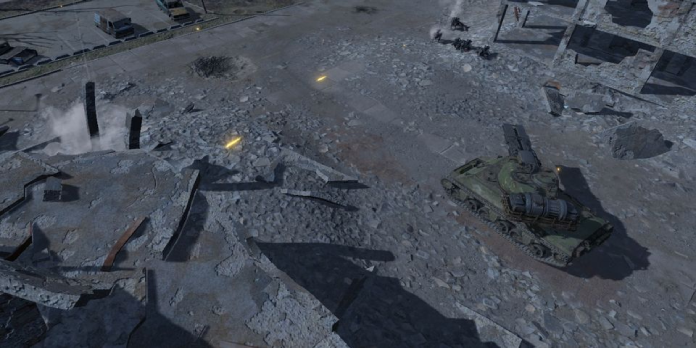 Defiance, a new RTS from Cats Who Play that will come on PC in 2022, will go deeper into the Terminator: Dark Fate universe.

Terminator: Dark Fate – Defiance, a new real-time strategy game developed by Cats Who Play and published by Slitherine, will be released for PC in 2022. Teyon’s Terminator: Resistance, based on the Arnold Schwarzenegger-starring franchise, was released just weeks after Dark Fate’s theatrical premiere. The 2019 FPS adventure took place within the future conflict established in The Terminator and Terminator 2: Judgment Day, rather than following in the footsteps of Dark Fate.

Linda Hamilton and Arnold Schwarzenegger reprise their roles as Sarah Connor and T-800 Terminator in Tim Miller’s Terminator: Dark Fate, which takes place over 20 years after Judgment Day. Many think that the newer picture is ideal for an interactive adventure, especially if the beloved sci-fi license is acquired at the correct time. Those curious about whether such a project could function in practice will soon get the answers they want.

Cats Who Play, the studio behind the real-time strategy game Syrian Warfare, is now working on an RTS based on the Terminator universe. The new project, Terminator: Dark Fate – Defiance, centres on humanity’s continuous fight with Legion’s synthetic intelligent machine network. Users assume the role of a Founders faction commander in the single-player mode, leading their troops in the fight against Legion’s intrigues against humanity. However, in Defiance’s multiplayer and skirmish modes, the Founders, Legion, and Resistance all appear as playable groups. More information will be released later, but publisher Slitherine has confirmed that Terminator: Dark Fate – Defiance will be released on PC via Steam in 2022. In the video below, you can see a teaser trailer for the “gritty, high-stakes” RTS game:

The launch of a new Terminator game caps off a rather good year for the sci-fi universe’s interactive adventures this year. Fortnite kicked things off in January with the release of T-800 and Sarah Connor crossover skins. The Terminator: Resistance released an improved edition on PS5 a few months later. And Kyle Reese’s origins were recently explored in DLC for the Teyon-developed first-person shooter.

While shooters and similar games have proven to be a suitable fit for the Terminator, RTS gameplay might be just as interesting. And based on the above trailer, Defiance won’t be shy about utilizing the franchise’s key ideas.

Terminator: Dark Fate – Defiance will be released on PC in 2022 at an unannounced date.

GTA 4 Remaster To Be Released Following Trilogy & Contain All...

14 Things to Do When Your Microsoft Store Game Crashes