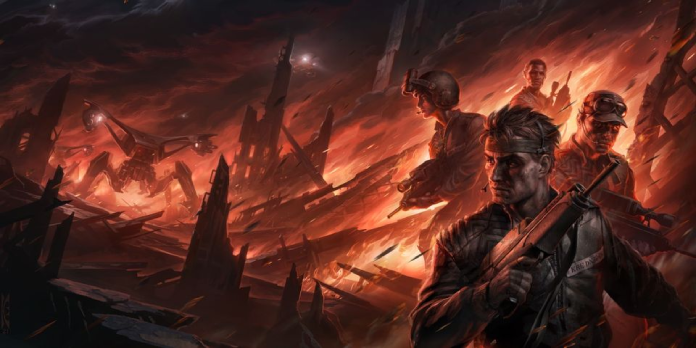 Annihilation Line, the next DLC for Terminator: Resistance, will put players shoulder to shoulder with Resistance hero Kyle Reese on December 10.

The Annihilation Line DLC for Terminator: Resistance will be released in December, putting players in the thick of a struggle alongside hero Kyle Reese. The licensed first-person was launched in late 2019 by developer Teyon and publisher Reef Entertainment; Terminator: Resistance received a PS5 upgrade more than a year later in March 2021, which includes graphical upgrades, DualSense controller support, and additional content like the Infiltrator Mode.

Reef Entertainment revealed intentions to release a paid expansion for PC and the new PlayStation system in the summer of 2021 when the PS5 upgrade’s released. A launch window has gone without the publisher delivering on their commitment. However, it offered newbies more time to become used to the original game’s storyline before the DLC arrived. Despite being released just weeks after the theatrical release of Terminator: Dark Fate, the Teyon-developed shooter, follows in the footsteps of the franchise’s first two films, The Terminator and Terminator 2: Judgment Day. Players take on the character of Jacob Rivers, a Resistance soldier whose Terminator-themed quest has several endings.

Terminator: Resistance will receive a paid expansion, Annihilation Line, on PC through Steam and PS5 platforms on December 10, a little over two years after its initial release. The additional material will place players into the heart of the story campaign to once again explore the catastrophic future from Jacob Rivers’ perspective, clocking in at over four hours in length. On the other hand, Rivers battles with Resistance hero Kyle Reese this time, allowing spectators to “experience out Kyle’s ideas of the future [as] portrayed in The Terminator.” The press statement from Reef Entertainment also previews the new locales Rivers will see in the post-apocalyptic California setting, some of which are shown in the Annihilation Line announcement trailer below.

Annihilation Line’s price has yet to be revealed by the publisher as of this writing. On the other hand, the material itself appears to be very substantial, with a new story campaign, additional places, other weaponry, and opponents like T-600 and HK Centurion that have never before appeared in a Terminator game.

Teyon, a Polish development studio founded in 2006, is notable for bringing scores of console, portable, and PC games to market. It’s also worth noting that Terminator: Resistance isn’t the team’s first foray into the world of licensed games. Teyon and Reef Entertainment collaborated in 2014 to produce Rambo: The Video Game, a critically criticized rail shooter featuring scenes from the first three films. The team’s efforts in the Terminator universe have fared well.