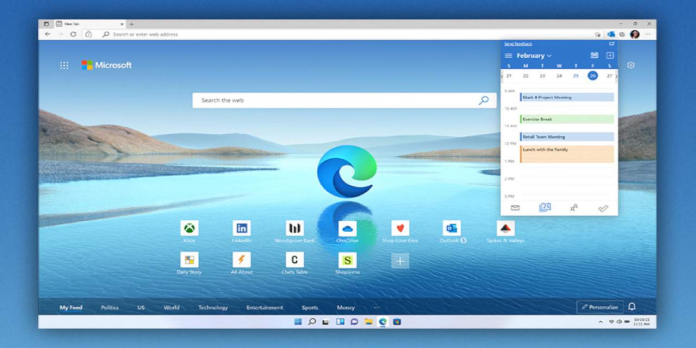 Microsoft’s shiniest new web browser is truly good on a technological level. Microsoft Edge, built on top of Chromium (rather than Chrome), adds value in terms of new features, optimizations, and enhancements before Google can even integrate them. Unfortunately, Microsoft is providing consumers reasons to avoid Edge, and the recent update to Windows 10 and Windows 11 only strengthens Microsoft’s arrogant and aggressive image.

Although Microsoft Edge is a good browser, it isn’t the top class. For some Windows users, it has the potential to be the greatest, but even they have been surprised by Microsoft’s aggressive tactics. Edge is now being compared to Internet Explorer, which has become associated with being slow, bloated, and obtrusive.

Also See:  Windows 11 Will Have Microsoft Teams Built In

That wouldn’t be such a big deal if Microsoft didn’t make changing the default browser on Windows so difficult. That has become a widely panned multi-step process in Windows 11, which appears to be geared to discourage customers from ever attempting it. Some additional Windows elements open a browser, and regardless of what you specify as a default, that browser will be Microsoft Edge.

These links employ the “Microsoft-edge:/” protocol, which is similar to “https://” web addresses but is only used by Microsoft in specific situations. These connections are used specifically within Microsoft first-party apps, such as the Settings apps and Bing search results from the Start menu. Microsoft plans to maintain it that way. These are designed to be opened in Edge and only Edge.

Firefox and several third-party apps, such as EdgeDeflector, have temporarily created ways to bypass this prohibition. According to How-To Geek, the newest Tuesday patches for Windows 10 and Windows 11 have rendered such workarounds obsolete. Mozilla and developers are understandably upset, but this isn’t surprising.

Also See:  How to stop Microsoft Edge from opening

According to The Verge, Microsoft deems these solutions to be ineffective. The “features,” as it’s referred to, are intended to provide a consistent end-to-end customer experience, such as from the Windows Taskbar search to Bing results in Microsoft Edge. Others might term them “anti-competitive measures,” which could provide a new justification for authorities to look into the corporation.

How to: Fix Camera Not Showing in Device Manager