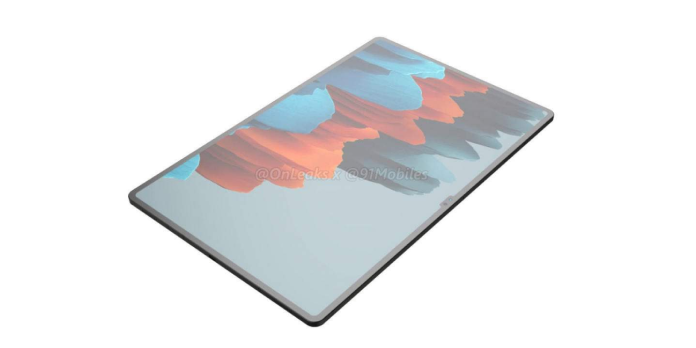 Notches seemed to be the way of the future for smartphones at one point, especially because Apple has been insistent about sticking to them since the iPhone X in 2017. Then device manufacturers began using punch-hole cutouts, and some even began concealing front cameras beneath screens. The notch fad appears to be making its way to huge screens, such as Apple’s new MacBook Pros, and Samsung may try to make it a thing on tablets with the Galaxy Tab S8 Ultra.

The MacBook Pro‘s notch was one of the more unexpected features announced at Apple’s Mac-centric event last month. By putting the menu bar on the same level as the rest of the screen, the business is marketing it as a “smart” approach to maximize screen real estate. Unfortunately, when compared to smartphone versions, this proved to be more troublesome because several macOS software menus ended up being hidden beneath the notch, making them nearly inaccessible.

Fortunately, this will not be the case with Android, as the top row is already dedicated to the notification panel, as it is on iOS. Some full-screen apps may encounter problems, but there are always workarounds. While more screen real estate is one of the advantages of having a notch, it is unlikely to be the major reason Samsung utilizes it on a tablet.

According to @Ice universe, the Galaxy Tab S8 Ultra‘s notch will feature two cameras capable of shooting in 4K at 60 frames per second. One of them will be an ultra-wide-angle camera, which will most likely be used for video calls and conferences to provide a greater vision. The insider also claims that the notch will be small, likely only big enough to hold the two cameras.

It seems that many people doubt the Notch of Galaxy Tab S8 Ultra.
Now I can tell you with 100% certainty that Notch must exist, but it's not big. It is equipped with two front cameras, including ultra wide-angle cameras, which can shoot 4K 60fps. pic.twitter.com/VMYk8I3zTg

Also See:  How to Find Official Windows Drivers for Any Device

The MacBook Pro notch, on the other hand, houses a standard webcam array and lacks the array of sensors that would have enabled Face ID. Apple doesn’t appear to be interested in doing so just yet, giving Samsung the chance to outperform Apple, even if the accuracy and performance of Samsung’s face recognition technologies aren’t great, to begin with.