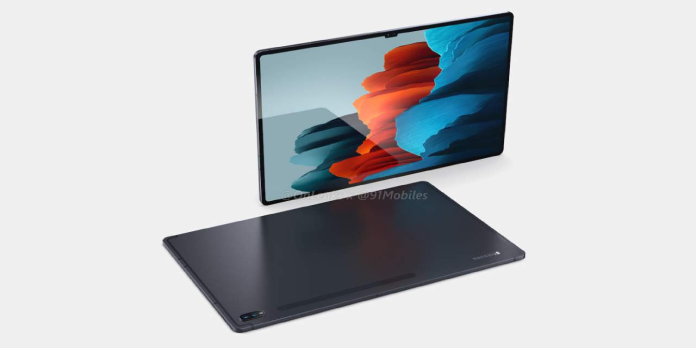 If leaks are to be believed, the “Ultra” models of Samsung 2022 smartphones are the ones to look out for. The Galaxy S22 Ultra may be so dissimilar to the Galaxy S22 and Galaxy S22 Plus/Pro that it should be dubbed the Galaxy Note 22 Ultra. This differentiation may be carried over to the Galaxy Tab S8 Ultra. If these images are genuine, Samsung may be adopting a page from Apple’s MacBook Pro playbook and will likely face a lot of backlash as a result.

The base Galaxy Tab S8 model, on the other hand, may not see any significant modifications from the Galaxy Tab S7, at least in terms of look. According to renders published by Zouton and @OnLeaks, next year’s premium tablet will feature the same design and size as its predecessor from the previous year, including the magnetic bed for the S Pen beneath (or beside) the dual-camera module. The front is also unchanged, with the large bezels found on most tablets.

The Galaxy Tab S8 Ultra, on the other hand, is expected to be significantly different, and not just because of its larger 14.6-inch display. Renders from 91mobiles and, yet again, @OnLeaks suggest yet another significant change from Samsung’s tablet recipe. They show what appear to be very thin bezels, which are made possible by a small notch for the front camera.

Because Samsung lacks an advanced sensor array like Apple’s TrueDepth for FaceID, having a huge cutout for the front-facing camera or cameras appears unnecessary. There is still some dispute about the benefits of having a notch on large screens like tablets and laptops, so Samsung could expect the same heated argument if it goes this path. More importantly, it will almost certainly be chastised for once again piggybacking on Apple’s coattails following the release of a similar design on the late 2021 MacBook Pros.