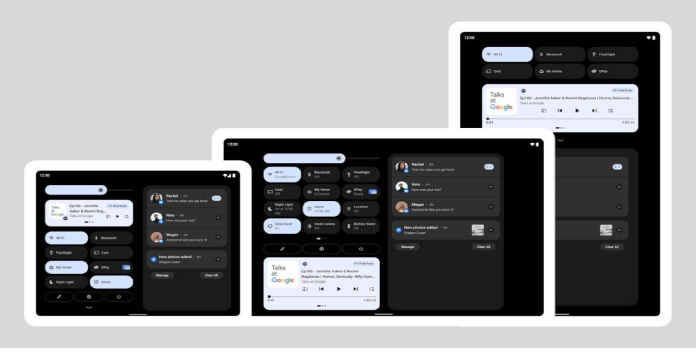 While Android tablets have been around almost as long as Android smartphones, Google has been reluctant to recognise and embrace the larger screen format. The platform wouldn’t have proper tablet provisions until version 3.0 Honeycomb, and Google manufactured very few Nexus and Pixel tablets that could be regarded reference devices for Android tablets. That is why Android 12L is such a huge deal for the mobile platform, but we won’t see it in its final form until March next year at the earliest.

The existence of Android tablets does not imply that the experience is optimal. Except for a few OEMs, such as Samsung and Huawei, which produce their tablet-specific skins, Android on large screens is very similar to Android on phones with large screens. While most programmes swivel to fit the tablet’s orientation, they don’t always take advantage of the extra screen space or, better yet, the changing form factors.

As Android’s incarnations become more diverse, this becomes a concern. Aside from tablets, foldable devices and apps run in windowed settings, such as Chromebooks. Google’s Android 12L is the company’s attempt to handle those scenarios, and it couldn’t arrive soon enough.

Of course, there will be some downtime, and Android DevOps firm Esper is stepping in to fill in some of the gaps left by Google. The first opt-in beta will begin in December, as originally promised. Still, there will be two further betas in January and February of next year. According to the schedule, the complete launch will occur before the end of the first quarter of 2022.

Apart from Pixel phones, the key question is which devices will be qualified to join in those beta tests. Only Lenovo’s P12 Pro tablet has confirmed its participation, and the Galaxy Z Fold 3 will almost certainly be included at some time. Around the same time, Samsung will release new Galaxy Tab S8 tablets, and it would be a shame, but not surprising, if those devices didn’t get to play with Android 12L as soon as possible.