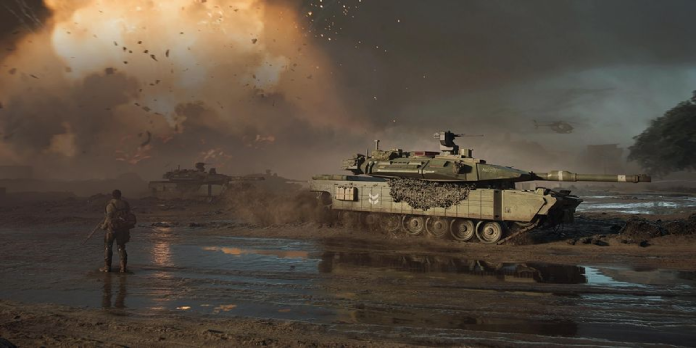 The Battlefield 2042 mod team on Reddit has warned users that if the community’s toxicity continues, the subreddit may be closed.

The game’s mod team on Reddit posted that the subreddit may soon be locked if the toxic conduct does not stop after a developer’s response to the Battlefield 2042 controversy sparked even greater resentment in some community areas. Despite DICE alerting gamers of the Battlefield 2042 team’s winter break, social media platforms were flooded with user complaints, demands, and the like over the holiday season, with many of them lamenting the lack of contact.

In a series of now-deleted tweets, Andy McNamara, EA Global Communications Director, responded to the controversy. “I love you guys, but these expectations are terrible,” McNamara wrote in one post, urging fans to be patient as DICE developers return to work and figure out the next steps. The communications director quickly erased the tweets, but not before a snapshot of his post surfaced on Reddit. Some reacted calmly to McNamara’s apologies, in which he admitted that his “message wasn’t clear,” while others went on the offensive. On Twitter, one admirer remarked, “The message was evident from the start. Instead of seeking compassion, start offering answers.” The mod team had to intervene since the Reddit thread referencing McNamara’s original posts was full of hatred. 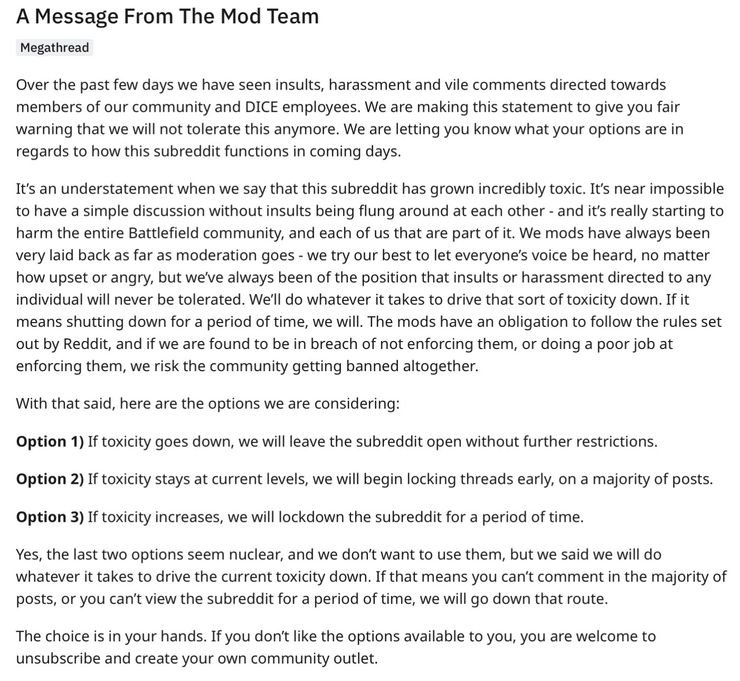 Given the outpouring of support for the above warning, Battlefield 2042’s Reddit administrators may be forced to use Option 2 or 3. Hopefully, such precautions will become obsolete sooner rather than later.

Also See:  In December 2021, Xbox Game Pass will include the Halo Infinite Campaign and Stardew Valley

In November 2021, Battlefield 2042 was released badly, with graphics and performance faults impacting the FPS title on all platforms. DICE has released many patches to address the issues, but some players believe the road to redemption is still long.