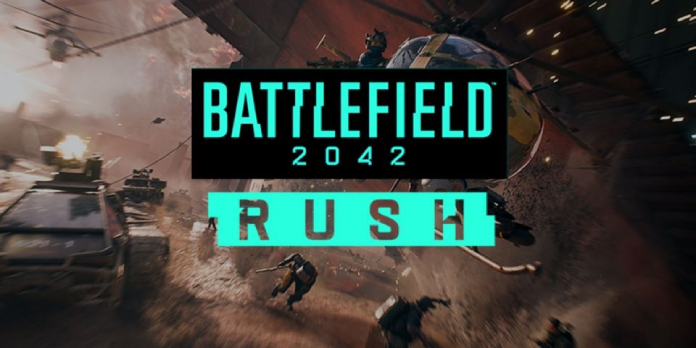 Despite community calls for the game mode to be kept, DICE has deleted Rush Mode from the official Battlefield 2042 playlist. Post-launch, DICE added Rush Mode to Battlefield 2042, giving players an experience with smaller teams. Rush’s smaller player count helped to relieve some of the game’s widely noted framerate issues, and the mode immediately became a fan favourite, prompting the Battlefield community to organize around pleas for it to be made permanent.

Rush was only available as a limited-time mode in the Portal menu’s featured options for the duration of its in-game existence. Fans thought it might be ported to All-Out Warfare in the future, but DICE never reacted to such demands. Instead, Rush existed solely as a featured experience that developers created with frequent updates in mind. Unfortunately, the one Battlefield 2042 playlist addition that consumers did not want to lose has been removed.

Also See:  Realme to Make Their Version of the Apple MagSafe for Android

Battlefield 2042’s Rush Mode is no longer available in the featured Portal experiences, according to Eurogamer and other Battlefield-focused fan accounts. Rush was never advertised as anything more than a limited-time experience for the freshly released shooter, so this revelation comes as no surprise. Many players, however, hoped that DICE would continue to offer the mode due to widespread community demand. The studio rejected such appeals demonstrating the Battlefield developer’s and its community’s gap.

According to Eurogamer, Rush Mode may still be played on Custom Portal servers in Battlefield 2042, albeit players must deal with XP progression being capped per minute, a feature added after the game’s release to deter the establishment of XP farms. It’s unclear whether DICE and publisher Electronic Arts will respond to the disappointment over Rush Mode’s departure.

Battlefield 2042 was released in November 2021 to a lukewarm response from critics and players alike. Graphical glitches, performance concerns, matchmaking errors, and a slew of other difficulties plagued the FPS title at launch across all platforms, leaving many wondering why it wasn’t delayed anymore. Although DICE rectified several of Battlefield 2042’s more egregious flaws via hotfixes and major patches, some users are still experiencing issues. As a result, EA‘s renewed focus on expanding the Battlefield universe hasn’t gone over so well, especially given the game’s persistent troubles.

The Creator of Marvel’s Spider-Man Responds to the Backlash Over the...