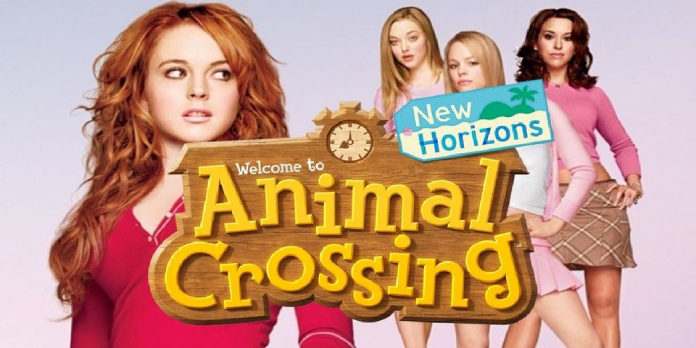 With the help of a four-villager ensemble, an Animal Crossing: New Horizons player recently recreated the movie poster for Mean Girls.

Animal Crossing villagers are recognised for their distinct personalities, appearances, and activities, allowing players to pick and select which ones they want to live on their island. Raymond, the heterochromia cat and Marshal, the musical squirrel, emerge as the most popular additions to players’ ACNH islands, out of the game’s hundreds of inhabitants. The players’ least favourite villagers, on the other hand, are also tangible. According to multiple internet polls, Clyde the neon-coloured horse is the least popular Animal Crossing villager, with the lethargic food-lover at the bottom of the NPC popularity list.

A gamer just recreated the Mean Girls poster using a cast of newly added villagers, thanks to the Animal Crossing: New Horizons 2.0 update. Faith the koala, Ione the squirrel, Shino the deer, and Sasha the bunny are included in a snapshot shared by Reddit user stardew92. Faith was cast as Cady Heron, the film’s protagonist, trying to fit in with her high school’s popular clique, “The Plastics,” as seen by their stance and dress. Ione, Shino, and Sasha played the renowned three. As queen bee Regina George, Ione stands out as the film’s main adversary.

Players commonly use animal Crossing to reproduce various areas of popular culture, with some creating islands that resemble the world of The Wizard of Oz or video games such as The Legend of Zelda. Movies like Mean Girls regularly influence players’ creativity, as evidenced by one Animal Crossing user who recreated the whole Home Alone movie trailer scene by scene. The game’s recreation of the classic Christmas film is impeccably detailed, with each interior and character faithfully replicating the original.

Players can easily construct movie posters for nearly any film with so much creative freedom in Animal Crossing – which has only been enhanced by the game’s new DLC and 2.0 update. A future creative in-game project may be the recreation of a whole movie for those prepared to put in excessive time and effort (not unheard of among the player base).