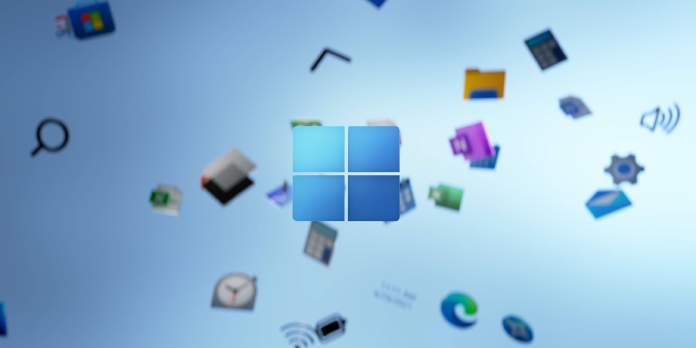 After Windows 8, some customers were dissatisfied with how Microsoft redesigned the Windows Start Menu. With the upgrading from Windows 10 to Windows 11, Microsoft radically altered the Start Menu once more. The Start Menu on Windows 11 appears to be created with tablets and touch displays in mind, based on its notion for Windows 10X and dual-screen devices like the canceled Surface Neo. It’s also more Search-focused, concealing all but the most frequently used and important apps and data.

Also See:  Windows 11 WILL Run on Old PCs After All

As if the cosmetic changes weren’t enough, the new Windows 11 experience also missed several functionalities that have long been standard on Windows. Of course, some of these are flaws, but they should have been fixed before Microsoft released Windows 11 to the general public. Instead, Microsoft is playing catch-up to bring back certain functionality that has been absent from Windows 11 for years.

Users will see the clock and date on the taskbar in secondary monitors with the Windows 11 Insider Preview Build 22509 release. It’s a small improvement that makes a big difference for many Windows users who have multiple screens open simultaneously. It’s also an example of essential functionality that, weirdly, wasn’t included in the initial release of Windows 11.

Much basic functionality is still missing from Windows 11, prompting users to seek third-party alternatives and hacks. Unfortunately, this opens the door to a slew of shady developers and websites promising the world but instead delivering malware to naïve Windows users.

Density is the first item on the menu.

The new Start Menu is likely to be more divisive because it fundamentally alters how users interact with their computers. While Live Tiles weren’t particularly popular or widely used, the former Start Menu in Windows 10 still offered a lot of customization and versatility. The Windows 11 version, on the other hand, focuses on a small number of programs and a few Recommended files, the latter of which can change at any time.

However, the most recent release introduces a minor but likely welcome tweak to how the Start Menu shows apps and folders. Users may now choose whether they want to see more of the recommended files and links or use most of the space for up to 24 pinned apps. Third-party utilities such as Start11 need not be concerned because they do not render obsolete.

Also See:  Windows 11 Home users will be forced to use a Microsoft Account on installation

Microsoft still has a long way to go restore some of the essential functionality that was mysteriously deleted from Windows 11. It’s unclear why Microsoft decided to release the upgrade before addressing those concerns, but the company’s likely that it intends to win over dissatisfied people over time. It doesn’t appear to be in a hurry, as the updates above won’t be available to the full Windows 11 public for several weeks, if not months.

windows server does not support bluetooth

How to Make a Flowchart in Powerpoint