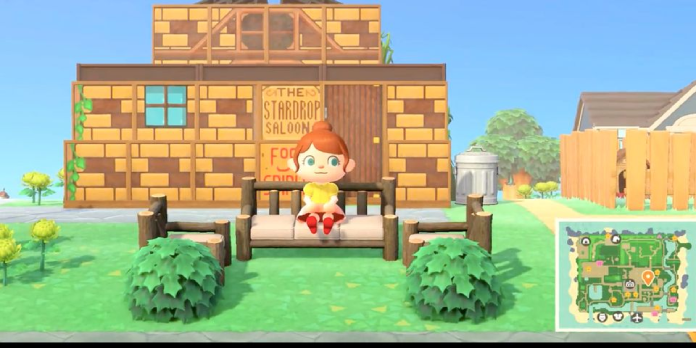 A gamer in Animal Crossing: New Horizons has converted their entire island into the Stardew Valley village from the popular agricultural simulator.

In a spot-on tribute to the renowned agricultural sim, an Animal Crossing: New Horizons player reproduced the classic location from Stardew Valley’s game in their town. This is the newest in a long line of Animal Crossing games; the game provides players a lot of leeway when designing their town, prompting a lot of fan recreations of iconic pop culture sites. The game has sold over 32 million copies since its release in 2020, making it one of Nintendo’s best-selling products to date.

Animal Crossing: New Horizons is a game that emphasizes creativity since the user is given an entire island to construct from the ground up, decorating it as they see fit. The game provides the user with a large number of items and tools to work with and the option to use custom-designed patterns to customize their island further. Stardew Valley is perhaps one of the most popular farming simulation games, having sold over 15 million copies. The player takes on the role of a protagonist who has left their corporate career to operate their grandfather’s farm in Stardew Valley’s small community. Along with the typical responsibilities of a farming game, such as caring for crops and collecting materials, Stardew Valley is full of endearing characters that players may get to know and even marry.

acnh kaylee, an Animal Crossing player, paid tribute to the farming game on Reddit this week, giving a video tour of their town. The reproduction is genuinely amazing in terms of scale and detail; the entire island has successfully replicated the layout of Stardew Valley, with everything from stores to bridges properly aligned to their respective locations in the game. Not only did the player beautify the exterior of their island, but they also recreated the interiors of various dwellings and town buildings. The Stardew Valley museum has relics, the Hat Mouse may be found south of town, and Elliot’s oceanfront home is exactly as it appears in the game. With scattered Decoy Duck and Piggy Bank things that bring the farm to life, careful use of items flawlessly recreates the player’s barn as well. The player even created their bus system, simulating the bus ride to the Calico Desert with a Mario Warp Pipe.

2.0 tour of my Stardew Valley Island from AnimalCrossing

This reconstruction is remarkable, especially given the extent to which the player had to create it. Hours of ordering goods, rearranging buildings and bridges, and finding exact custom patterns will likely have gone into this extensive reproduction. The video also features updated Animal Crossing villager homes that resemble Stardew Valley structures, which players may only do in their town after finishing the Animal Crossing DLC Happy Home Paradise. The player’s expertise is evident in the amount of effort and detail they’ve placed into their creation.

While there are many spectacular creations in the Animal Crossing creative community, it’s rare to see one of this magnitude. This stunning Stardew Valley island showcases the builder’s skills and shows all of the creative options available in Animal Crossing: New Horizons. Beautiful creations like this are inspiring to many players, and they are a big reason why the game’s community is still active nearly two years later.