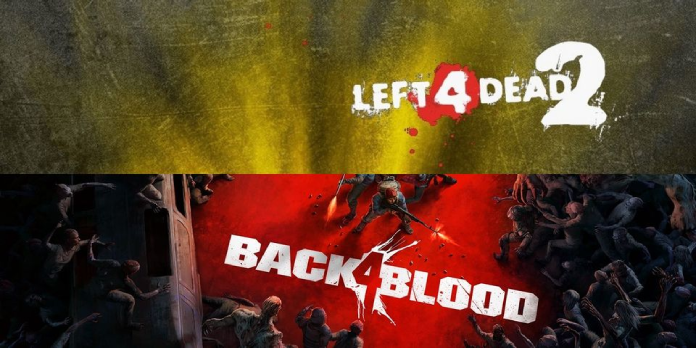 Despite being a newer game, Back 4 Blood has a lower player count on Steam than the 10-year-old Left 4 Dead 2.

Though it’s only been a month, Back 4 Blood‘s Steam player count has fallen below Left 4 Dead 2, which was released over a decade ago in 2009. Back 4 Blood, developed by Turtle Rock Studios and published by Valve, is regarded as a spiritual successor to Left 4 Dead. It incorporates many of the core tenets of the popular Valve-owned IP.

Players of the new title will appreciate that the two different zombie-focused brands share a gameplay style. Turtle Rock took a lot of inspiration from Left 4 Dead in terms of character types. Although the skeletal forms of each franchise are strikingly similar, Turtle Rock made sure to distinguish Back 4 Blood from its predecessors. Whereas L4D lacked a true sense of progression, Back 4 Blood has one built-in from the beginning. The newer game also puts a greater emphasis on player choice, thanks to a card-based system that was created with perks in mind. However, some differences have left users perplexed, particularly regarding Back 4 Blood’s lack of a versus campaign.

A quick look at SteamDB reveals that many players are feeling nostalgic following the release of Back 4 Blood last month. According to Kotaku, back 4 Blood’s Steam player count is significantly lower than the Left 4 Dead 2’s. However, the numbers are still in favor of the 2009 title. The player count for the Left 4 Dead sequel is over 31,000, while Back 4 Blood has a little more than 24,000 users logged in. The 24-hour peak has a similar ratio, with L4D2 reaching upwards of 35,000 players and Back 4 Blood unable to comfortably get 26,000 in the last 24 hours.

Of course, this does not mean that Turtle Rock’s latest undead adventure is doomed right away. Because the game isn’t even a month old, there’s still plenty of room for it to grow and evolve. If anything, the continued success of Left 4 Dead 2 could be a good omen for Back 4 Blood. Perhaps in a few years, it, too, will be remembered as an excellent zombie-slaying experience.

Turtle Rock’s first major release since releasing the asymmetrical multiplayer shooter Evolve in 2015 is Back 4 Blood. However, the studio was still working on other projects, including Face Your Fears, The Well, and Journey of the Gods for Oculus.

Back 4 Blood was recently released for PC, PS4, PS5, Xbox One, and Xbox Series X|S, and Left 4 Dead 2 is available on both PC and Xbox platforms.

GTA Trilogy’s Physical Upgrade is Exclusive to Xbox, and Players Are...