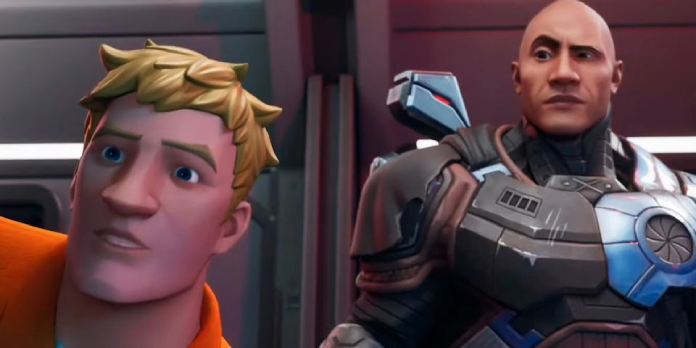 Fortnite Season 3 recorded the most number of players checking in on the opening day of a new season in the game’s history, according to developer Epic Games.

The most recent season of the massively famous battle royale game Fortnite appears to be the most popular. According to sources, most gamers logged in to play Fortnite Chapter 3 at the start of a new season.

On December 5, Fortnite Chapter 3 was released, bringing with it a plethora of new stuff for gamers to enjoy. The Foundation, voiced by Dwayne “the Rock” Johnson, and everyone’s beloved web-slinging hero Spider-Man were among the new characters and skins available for fans to enjoy. Chapter 3 does, however, offer new gameplay elements to Fortnite. The fact that players could now aim down sights and slide in the game startled them. Chapter 2 ended with the Fortnite map being reworked, just like every season. Epic Games rotated the map and included new locales and weather conditions, which were directly related to the Foundation and Spider-Man. These new features appear to have attracted a large number of new and returning Fortnite gamers.

According to the game’s Twitter account, more players logged on to play Fortnite at the start of Chapter 3 than in any of the previous seasons. Initially, Fortnite took to Twitter to explain the source of specific connectivity and login issues. Players reported long lines to play the new map and long lines in the shop. While login delays and difficulties are to be expected after a major content update, in this case, it was due to the large number of players who were eager to try out all of the new features.

You always impress, Fortnite fam! The team is working hard to deliver a smooth Chapter 3 experience for the millions of players who joined us, by far the most players we’ve ever seen at the launch of a season. https://t.co/abj6uHat2g

Fortnite: Chapter 3 is Epic Games’ latest attempt to innovate and upgrade the game that put Battle royales on the map in gaming. While Fortnite has developed to include large-scale events such as the Ariana Grande concert, the game’s essential identity remains as a shooter. The primary gameplay cycle of landing, scavenging resources, and building forts for defence remains, so it’s encouraging to see Epic Games incorporate new features like ADS and sliding that is expressly geared to those elements of the game.

Fortnite’s third chapter has gotten off to a great start, whatever the case may be. While the improved gameplay may have lured many gamers, the addition of a character based on the Rock and Spider-Man undoubtedly played a role as well. Because Fortnite is known for cooperating with Marvel on movies, the debut of a new season coincided with the premiere of Spider-Man: No Way Home, ensuring that people will flock back to the game.