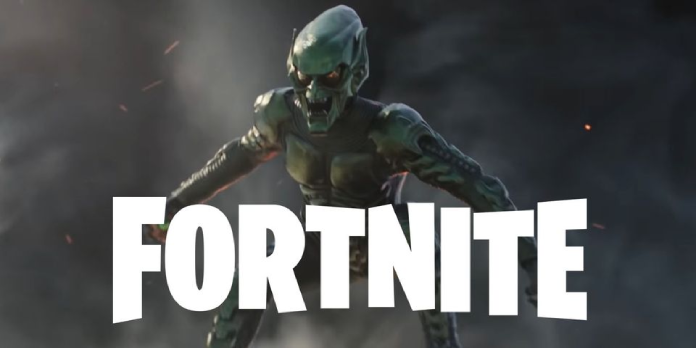 The Green Goblin and some X-Men characters will be featured as character skins, according to an Easter Egg found in Fortnite Chapter 3’s map.

Epic Games released a new launch trailer for Fortnite: Chapter 3 earlier today, including a few new guest character skins based on Spider-Man and Marcus Fenix and Kait Diaz from Gears of War. Spider-Man may not be the only Marvel character coming to Fortnite in Chapter 3, as a new Easter Egg reveals that his longstanding foe, the Green Goblin, may also be making an appearance. So far, Fortnite Chapter 3 has had one of the most successful launches in Epic’s enormously popular multiplayer battle royale game’s history, with Epic’s team claiming a record-breaking amount of concurrent players logging on over the last several days.

Epic has promised numerous significant improvements to Fortnite in this next chapter, with previous leaks implying that Chapter 3 would feel like a whole new game. As is customary, this new content includes even more special guest characters from comic books, movies, television shows, and video games, with the most recent leak indicating that Neo and Trinity from The Matrix franchise may be added in during Chapter 3 in time for The Matrix Resurrections next month. Many notable crossovers occurred in Chapter 2, the most recent being a crossover with Naruto: Shippuden last month.

Meanwhile, if a screenshot released by the Twitter user and Fortnite news leaker Shiina is any indicator, Spider-Man may soon be joined in Fortnite by one of his most despised foes. Shiina shared a screenshot from Fortnite Chapter 3’s freshly extended map earlier today, including artistic pictures of the Green Goblin and the original 1960s X-Men. While this isn’t an official confirmation of any impending Fortnite guest character skins, some fans believe it means the Goblin and several X-Men will debut in Chapter 3.

On the map, there are several teasers for Spider-Man characters that aren't In-Game yet, such as many classic X-Men & Green Goblin!

Could these be *SOME* of the next Spider-Man-related skins?

(Thanks to @GranbeFN for sending me this in DMs!) pic.twitter.com/zVefs2bpBq

Willem Dafoe is slated to reprise his role as Norman Osborn and his cackling alter-ego with many other legendary Spider-Man movie villains in the multiverse-spanning Spider-Man: No Way Home later this month, so Epic introducing the Green Goblin to Fortnite during Chapter 3 would be rather fitting. Meanwhile, Jean Grey/Dark Phoenix, a long-time X-Men member, was added to Fortnite in Chapter 2, Season 8, and characters like Wolverine and Mystique were included in Fortnite Chapter 2, Season 4 last year.

Also See:  How to: Fix Cortana Not Turning Off on Windows 10

Although Fortnite Chapter 3 is still in its early stages, it appears that Epic’s latest addition will continue the game’s practice of featuring high-profile guest characters as unlockable player skins. While the Green Goblin’s arsenal of explosive Pumpkin Bombs and jet-powered Goblin Glider might not be the next such character, Norman’s arsenal of incendiary Pumpkin Bombs and jet-powered Goblin Glider would fit right in with Fortnite’s setting and game mechanics. Furthermore, with Spider-Man being included in Fortnite Chapter 3’s Battle Pass, Norman would love the opportunity to further punish his most despised foe in a round of battle royale.