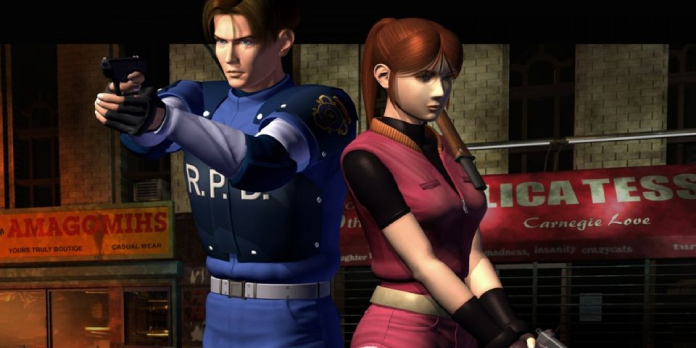 Lake skywalker, a TikTok user who went viral in September for a live-action Resident Evil 2 spoof mocking the lunacy of Leon Kennedy’s in-game behavior, has returned with an even more spectacular second installment. Unfortunately, when viewed through a modern lens, Resident Evil 2’s original fixed camera and general gameplay leave a lot desired. Basic movements, for example, that once increased tension now appear unmanageable at best.

The Resident Evil 2 Remake has addressed these shortcomings where it is now regarded as the best way to play the iconic survival horror game. The clunky gaming mechanisms were modernized, which was long overdue. Capcom replaced the fixed camera with an over-the-shoulder camera similar to RE4. Visual improvements and other enhancements made RE2’s remake all the more rewarding. Some others, like lake skywalker, recall the original experience vividly and aren’t afraid to poke fun at the 1998 title’s numerous idiosyncrasies.

Lake skywalker mimicked Leon’s comical disdain for his injuries while ascending or descending stairs in a TikTok video from a few months back. SuperLake97, a TikTok user, just submitted an even lengthier live-action parody he published on Reddit. Lake skywalker reprises his Leon Kennedy cosplay in the new video, which is roughly two minutes long. He imitates Leon running into closed doors this time before the game places him in a neighboring room. The new satire also features zombie-killing, complete with bullet spongey foes and Leon’s half-hearted attempts to beat them off. The famous inventory screen and Save Game menu make appearances as well.

This latest Resident Evil 2 live-action parody deserves a standing ovation. Lake skywalker has truly succeeded in preserving the ridiculousness and fun of the 23-year-old classic, from the stiff walking and abrupt transitions to the menu updates and sound effects.

Also See:  Windows 11 WILL Run on Old PCs After All

Since Resident Evil 7 in early 2017, the RE franchise has undergone a remarkable comeback. The critically lauded 2019 release of RE2 Remake solidified the franchise’s newfound appeal, and it’s since become a showcase for what remakes can do with a little additional TLC. In addition, resident Evil Village, the most current addition in the franchise, is generating ripples in its own right, especially on the sales rankings. The RE7 sequel had sold an astonishing 4.5 million units globally as of July.

The remake of Resident Evil 2 is now available on PC, PlayStation 4, and Xbox One.