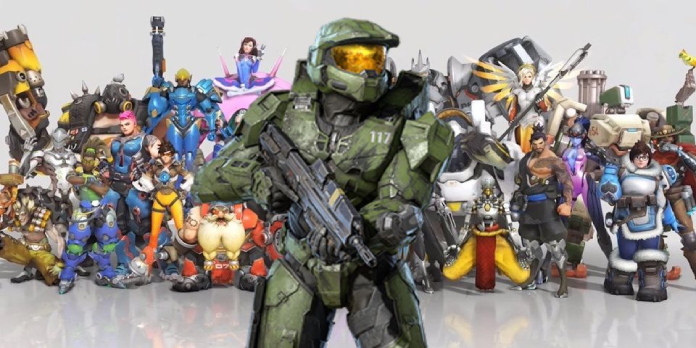 The Overwatch League, which began in 2018, is organized and produced by developer Blizzard Entertainment. Permanent city-based teams from all over the world compete in the esports competition, divided into Atlantic and Pacific conferences. Overwatch enthusiasts compete at the highest level in the Overwatch League, with team structure and mastery of hero powers determining win or defeat. While Overwatch hasn’t been updated in a while, the 2022 OWL season will take advantage of Overwatch 2’s imminent sequel. The league revealed in September 2021 that an early build of Overwatch 2 would be used in the 2022 season, offering gamers an early glimpse at the first-person shooter’s successor.

Overwatch League club Washington Justice has produced a new Halo-inspired skin to commemorate Microsoft’s acquisition of Activision Blizzard. Soldier: 76, one of the game’s founding heroes, gets a new set of futuristic sci-fi armour in this outfit. The style is based on Halo‘s Mjolnir armour, a supercharged assault armour used by Spartan supersoldiers in the franchise. In addition, the skin keeps the red and blue colour scheme from Soldier: 76, resulting in an outstanding crossover between two formidable sci-fi soldiers.

Overwatch’s environment and cast have become tremendously iconic, functioning as an outstanding balance between rigorous science fiction and cartoonish optimism. While no substantial partnerships have been reported for the game, rumours of an Overwatch and Genshin Impact crossover event might see Blizzard’s first-person shooter and miHoYo’s action role-playing game merged. The rumours are based on a recent Overwatch artwork featuring an unknown figure that appears to be inspired by Genshin Impact’s distinctive design.

While an official crossover appears improbable, Washington Justice has effectively blended the Overwatch and Halo aesthetics. Soldier: 76 is the hero shooter’s closest parallel to the classic Master Chief and his armour as a masked sci-fi supersoldier. Building on this likeness, Washington Justice has enhanced the merciless soldier’s armour and weaponry to commemorate Microsoft’s acquisition of Activision Blizzard.

Overwatch is a multiplayer shooter that can be played on the PlayStation 4, Xbox One, Nintendo Switch, and PC.