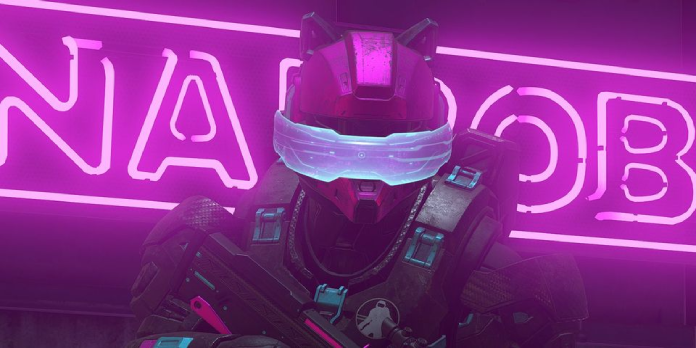 Players of Halo Infinite have noticed that the newly released hologram visor cosmetic is slightly off-center, and many have taken to the internet to express their dissatisfaction. 343 Industries has been adding new events and unlockable cosmetics for players to customize their in-game avatars since Halo Infinite’s surprise release last November, starting with November’s Fractured: Tenrai event, which gave fans early access to the samurai-like Yoroi armor and the classic Fiesta game mode.

This pattern is poised to continue with this month’s Halo Infinite Cyber Showdown, which began yesterday and will run through January 31. Players can obtain many cyberpunk-style cosmetic items by participating in this latest Halo Infinite multiplayer event, either by purchasing them with real money in Halo Infinite’s online store or by accomplishing certain challenges as part of Halo Infinite’s Battle Pass. The Neon Screen visor replaces the regular Spartan visor with a neon blue cyberpunk-style holographic display, one of these future gadgets. It’s a nice effect; however, some players report that the Neon Screen on their Spartan warrior appears strange.

According to Kotaku, Halo Infinite users discover that the Neon Screen displayed on their in-game character model is slightly off to the right when displayed on the cosmetics screen. While this omission is primarily cosmetic, some fans are taking to social media to express their displeasure, such as the Halo subreddit, where member j4ckc00p3r points out that the visor isn’t the only attachment that isn’t properly aligned. With various degrees of tact, players are asking that 343 change it in an update patch. Others believe that, while the visor is crooked, the complaining players exaggerate the matter for something so minor – and others have even begun mocking the most zealous complainers. At the time of writing, neither 343 Industries nor Microsoft has fixed the misaligned Halo Infinite visor. 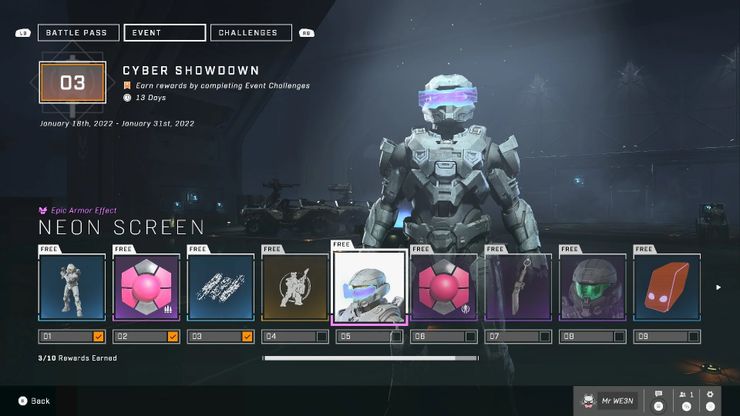 This is far from the only contentious issue in Halo Infinite; despite the game’s positive reception in both single-player and multiplayer modes, fans have discovered a slew of minor and major flaws. Some gamers complained about Halo Infinite’s multiplayer battle pass’s slow advancement, claiming that they would rather pay full price to unlock everything from the start than have all of the game’s cosmetic items available exclusively through pricey microtransactions. Another irritant for gamers was that Halo Infinite did not include the popular campaign co-op and Forge Mode of previous Halo games, which was compounded worse because both features were delayed in favor of extending Halo Infinite’s first multiplayer season. While 343 Industries has either patched these faults or promised to remedy them in the future, the controversy has become so bad at times that the Halo subreddit was temporarily shut down in December due to criticism.

Whether the current flurry of complaints about Halo Infinite’s misaligned hologram visor is justified or an exaggeration of a small flaw, it’s a topic that’s piqued gamers’ interest. It could be a genuine error on the design team’s part or a purposeful artistic choice, but Halo Infinite players want that visor straightened out as soon as possible.