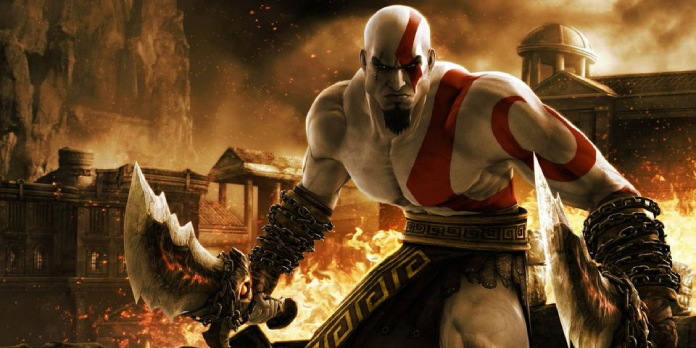 In a video about the gaming-related inspirations behind the original God of War (2005), Creator David Jaffe noted that the game was almost a first-person experience. The anti-hero from God of War, Kratos, made his PlayStation debut in the PS2 era, introducing players to an anti-hero with a haunted past and an equally bleak future.

God of War’s fast-paced hack-and-slash gameplay took the industry by storm in its own right, even though the violence and sex-focused mini-games drew a lot of attention. Sure, it resembled Capcom’s Devil May Cry (2001), but it added a wholly unique flair to the action-adventure formula, which many a GoW clone would copy in the years to come. However, if God of War creator David Jaffe had stuck to his original vision for the project, the franchise’s success could have taken a completely different path.

David Jaffe (via MP1st) posted a video on his YouTube channel highlighting the games that influenced the development of God of War in 2005. According to Jaffe, God of War’s locked-on third-person camera inspired Ico and Devil May Cry. “However, I was seriously considering going first-person for about three months, and the game I was looking at was a Dreamcast game… Maken X,” he said. Despite its flaws, Maken X was one of the “few games where I saw melee combat done well in a first-person perspective,” according to the developer.

It would’ve been a cool way to set God of War apart from other action games at the time, but Jaffe didn’t think first-person could handle the “kind of emotion, combat, and character-building that I was hoping to do.” In retrospect, he doubts the concept would have survived long enough to be pitched to Lead Programmer Tim Moss. So instead, Jaffe and Moss were inspired to focus on a locked third-person camera for God of War after seeing Ico and Devil May Cry at a DICE conference in Las Vegas.

God of War benefited from Jaffe’s change of heart about the camera angle. In 2005, Sony’s Santa Monica division directed several sequels following the brand’s launch, while Kratos left his mark on the PSP with a couple of handheld adventures.

God of War: Ascension was released in 2013 on PlayStation 3 and left a lot to be desired in terms of a classic God of War experience. Rather than retreading old ground, the franchise returned in 2018 with a brand-new setting, a more mature Kratos, and a new gameplay approach. God of War: Ragnarök, a new PS4 and PS5 game is released in 2022.

The remastered God of War Collection on PS3 includes the original God of War game.