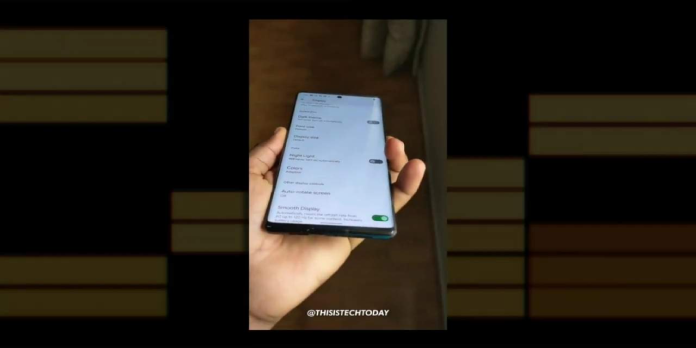 Google recently “launched” Android 12 in its AOSP (Android Open Source Project) form, implying that the Pixel 6 isn’t far behind. Of course, as some rumors have it, that could be anytime between this week and the end of the month. While we wait for that date, rumors and leaks about the Pixel 6 phones continue to circulate, and the latest details about the Pixel 6 Pro’s cameras may pique fans’ interest in yet another laudable Google effort.

This is Tech Today’s M. Brandon Lee begins the leak with a large disclaimer. The person who took the photos and videos isn’t a pro, and the Pixel 6 Pro in question is a pre-production unit running pre-release software that may or may not be the final version that buyers will receive. However, it is precise because of these circumstances that the Pixel 6 Pro’s camera output appears even more impressive.

On a more technical level, the video reveals that the phone can zoom in photo mode by 0.7x, 1x, 2x, and 4x. However, in video mode, the options are limited to 0.7x, 1x, and 4x. Switching to Portrait mode, a.k.a. bokeh simulation, sets the zoom to 2.8x by default, but there is at least a 1x option.

In terms of actual output, despite the challenging conditions, the Pixel 6 Pro produced stunning images and videos. The cameras captured a lot of detail and tended to favor realistic color reproduction over oversaturated scenes. There are some concerns about video stabilization, but there are far too many variables to judge the phone solely on these samples, as previously stated.

Overall, if these early photos and videos are taken at face value, it appears that Google could reclaim its reputation in the mobile photography department. According to Mr. Lee, even with what many might consider underwhelming hardware, Google’s algorithms seem to compensate well enough to put the Pixel 6 Pro on par with, if not better than, the iPhone 13 Pro. That should be enough to pique Pixel fans’ interest in the final product, which is, hopefully, not far away.

Source: This is Tech Today

Chrome’s Crashing After Windows Update? Here’s How to Fix It

How to: Fix Folder Will Not Unpin From Windows 10 Quick...