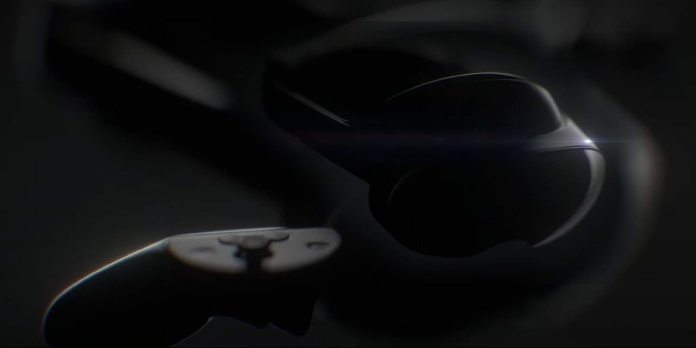 Today, Oculus and Facebook (now Meta) teased Project Cambria, a new virtual reality headset. This device is billed as a high-end VR device that will bring the wearer “a step closer to the metaverse.” A single video regarding the device was provided, with very little information about how it will work or what it would be capable of.

The Oculus video below shows Project Cambria in action. Instead of being a video showing an actual physical object, it depicts the item and its controllers. Regardless, we can gather a few insights about what to expect in early 2021.

The headgear is small and light, and it is likely to work wirelessly or with a mobile OS built-in. We can see a large shield in the front that is most likely semitransparent, as well as a comfortable back strap with a skull-cradling back pad. If it’s at least as comfy as the Oculus Quest, it’ll be pleasant to wear for long periods, which we presume will be the objective.

A pair of controllers with control indicators similar to the Oculus Quest – but without the added loop above the buttons – are revealed. We’d suppose that if the headset’s designers hadn’t described it as “high end,” it was just another low-end device with basic control capabilities. Instead, it appears that Oculus is moving away from the more ostentatious controllers and is instead focusing on simplicity.

Now, if only we could utilize this device outside of the Facebook and Oculus-branded “Meta” environment, that would be fantastic. We’ll find out soon enough! Please take a look at the recent Oculus Go to unlock to understand how it would work.

How to Connect a Printer to Your Chromebook

How to Fix Windows 10 CRITICAL_PROCESS_DIED Errors