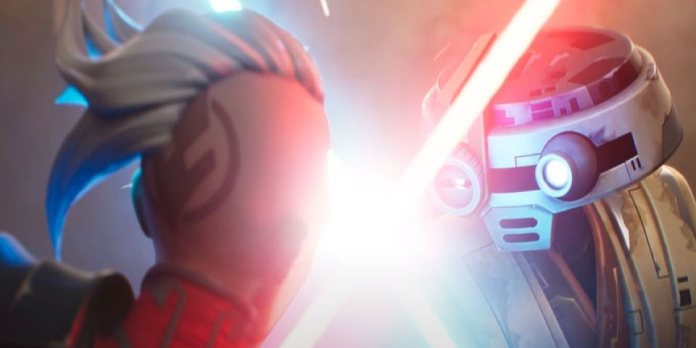 The latest gameplay clip for Star Wars Hunters features several of the game’s playable characters, including a pair of tech-savvy Jawas and a lightsaber-wielding Droid Jedi. Zynga, the maker of FarmVille, first revealed its Star Wars-themed battle royale game during the Nintendo Direct Livestream event in February 2021, three years after signing a deal with Star Wars parent company Disney to create a free-to-play multiplayer game for mobile phones and the Nintendo Switch.

Players will be able to compete as famous characters from the movies in Star Wars Hunters, taking part in violent arena combat throughout numerous classic Star Wars settings such as Tatooine, Hoth, and more. The game’s plot takes place after the fall of the Galactic Empire (as depicted in Star Wars: Return Of The Jedi), and the game’s concentration on heroes has already drawn comparisons to other competitive multiplayer games such as Overwatch. Both games include a diverse range of colourful playable characters, with Mandalorian Bounty Hunters, ax-wielding Wookie warriors, and even two junk-trading Jawas stacked on top of each other in Star Wars Hunters.

The Star Wars Hunters “Enter The Arena” gameplay trailer was released earlier today, November 6, on the official Zynga Star Wars YouTube channel, and it features all of these characters and more as they demonstrate their special attacks and fighting styles in real-time battles across the vast Star Wars universe. Viewers may see Jedi Droid J-3DI’s lightsaber skills, bounty hunter Imara Vex’s armoury of blasters and wrist-mounted grappling hooks, and even the Jawa squad Utooni’s salvaged ion blaster and laser turret in the “Enter The Arena” teaser. In a press statement, Zynga President of Publishing Bernard Kim commented, “Today’s gameplay reveal provides players their first look at the Hunters in action, revealing eight of the dynamic characters who will be accessible at launch.” “Our teams at NaturalMotion and Boss Alien are looking forward to welcoming fans into the Arena next year to compete for galaxy-wide glory.” By registering onto the official Star Wars Hunters website, users can also pre-register to receive special incentives when Star Wars Hunters launch in 2022.

Star Wars Hunters aren’t the only new Star Wars game on the way; earlier this year, Ubisoft announced a collaboration with Disney to create an open-world Star Wars game. Quantic Dream is also rumoured to be working on a Star Wars game, which is said to be set hundreds of years before the events of the Star Wars films in the era of the High Republic. Finally, during September’s huge PlayStation Showcase Livestream, longtime Star Wars PC port developer Aspyr Games announced a current-gen remake of the famous Star Wars: Knights Of The Old Republic.

With so many Star Wars games on the horizon, it’s unclear how well Star Wars Hunters will fare, divided early fan reactions. Some have commended the game’s aesthetics, while others have expressed reservations about the gameplay demonstrated in the clip. However, with a large cast of playable characters and fast-paced multiplayer combat, fans of the renowned Star Wars property are sure to like the game. When Star Wars Hunters come next year, gamers will have a plethora of unique combatants to pick from, including Wookies, Bounty Hunters, and even a pair of Jawas.