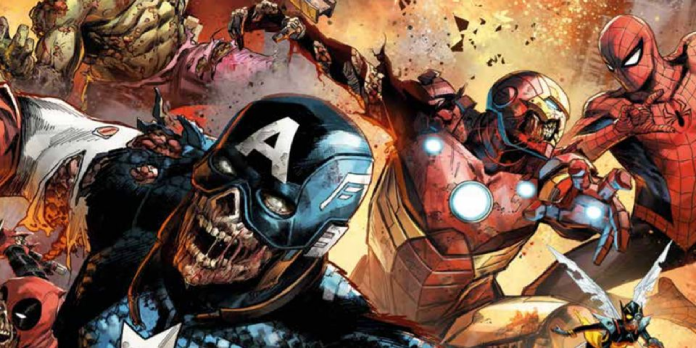 New information about Marvel Zombies: A Zombiecide Game has surfaced, in which players must either survive or cause a superhero zombie pandemic.

CMON and Spin Master Games have revealed fresh details about Marvel Zombies: A Zombicide Game, which will let players choose between defending the planet as the Uncanny X-Men or conquering it as the meta-powered zombie hoard. Thanks to blockbuster video game titles like Insomniac’s Marvel’s Spider-Man series and Square Enix’s Marvel’s Guardians Of The Galaxy, as well as promising upcoming releases like Marvel’s Midnight Suns and Marvel’s Wolverine, Marvel has witnessed a new wave of success in recent years on the gaming front.

Marvel Zombies is 2005 comic book miniseries by Robert Kirkman, creator of The Walking Dead. The world’s superheroes get infected with a zombie virus from another dimension, causing chaos for Earth’s few remaining survivors. The story would inspire a slew of sequels and a Marvel Cinematic Universe adaptation in the form of the Marvel: What If? Animated series. A Marvel Zombies spin-off is now in the works for Disney Plus, but Marvel zombies have even more potential in gaming.

Also See:  Ark Packet Loss: What Is It and How to Fix It?

CMON and Spin Master Games have revealed additional facts about their latest zombie-based project, Marvel Zombies: A Zombicide Game, as reported by ComicBook. Marvel Zombies: A Zombicide Game, first unveiled in November, immerses players in a world overrun by zombified replicas of renowned Marvel characters like Iron Man and Captain America. It is available in two editions: the original Marvel Zombies game and the X-Men Resistance expansion. Undead Mode, in which players control zombie heroes attempting to infect 12 Bystander characters with unique powers and Zombie Trait cards, and Resistance Mode, in which players control the remaining uninfected heroes fighting to survive the apocalypse. Mini-figures based on the work of comic artist Marco Checchetto is included in both the normal Marvel Zombies and X-Men Resistance sets, and the Kickstarter campaign has already reached its $500,000 goal. Fans can donate to one of three pledge levels: ordinary Marvel Zombies, X-Men Resistance, or a third level that includes a massive-sized Zombie Galactus game piece.

Kickstarter has always been a popular way for creators to fund their passion projects, and board games based on well-known gaming brands are no exception. The Witcher, Monster Hunter, and The Binding Of Isaac board games have raised millions of dollars within a day of their separate Kickstart campaigns going live. The crowdfunding site is presently funding upcoming Resident Evil and Borderlands games.

CMON’s Zombiecide mechanics fit well into a superhero world overrun by undead former heroes, and Marvel Zombies has always been a popular What If storyline. If the Kickstarter effort succeeds, Marvel Zombies: A Zombiecide Game will be released sometime next year, allowing fans to enter the diseased Marvel Universe.