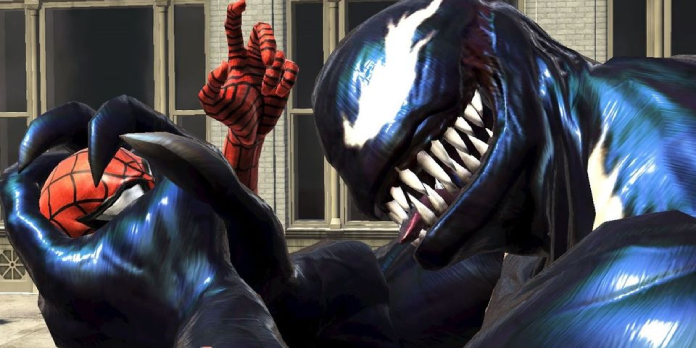 Some fans request that Marvel’s Spider-Man 2 include wall-crawling combat similar to Web Of Shadows, which is yet another gameplay request from Spidey’s past.

Like 2008’s Spider-Man: Web Of Shadows, some fans believe that the next Marvel’s Spider-Man 2 should feature wall-based fighting. During September’s PlayStation Showcase Livestream, Insomniac unveiled the latest entry of its Marvel’s Spider-Man franchise with an exciting teaser that featured Peter Parker and Miles Morales facing off against the deadly Venom. Players have been guessing about the plot of Marvel’s Spider-Man 2 since then, asking if Venom would be playable and if iconic comic book stories like Kraven’s Last Hunt will be adopted.

The internet has been swamped with proposals for new features that Insomniac may add to Marvel‘s Spider-Man 2 to improve the game’s already well-received combat and web transversal gameplay. Many of these fan-suggested features have previously been implemented in earlier games featuring everyone’s favorite arachnid-themed crime-fighter. The web catapult from the 2007 game adaption of Spider-Man 3 allowed Spidey to launch himself into the air like a Looney Tunes figure and was one of the more bizarre of these requests. Others want Spidey to compete against his longtime friend, the Human Torch, as he did in Ultimate Spider-Man in 2005.

Also See:  How to Watch French Tv in Usa

IruyDovahkiin, a Reddit user, has demanded that another ancient fighting mechanic from Spider-Man: Web Of Shadows return in Marvel’s Spider-Man 2 (via GameRant). They used a montage of gameplay snippets from Web Of Shadows to demonstrate their point, showing Spidey doing spectacular moves against wall-mounted adversaries in the Symbiote-infested streets of New York City. Other fans who commented on the article pointed out that this is extremely similar to the climactic confrontation between Spider-Man and Doc Ock in Marvel’s Spider-Man, which takes place on the side of a skyscraper. In addition, the inclusion of the Symbiote in Marvel’s Spider-Man 2 may also allow for some wall-scaling foes for Peter and Miles, according to players.

Do you guys think we will have ‘wall-combat’ in Spider-Man 2? from SpidermanPS4

Although Spider-Man: Web Of Shadows received a poor reception due to its rather repetitious gameplay, the Treyarch game has developed a cult following thanks to its tale, which isn’t all that dissimilar to the premise of Marvel’s Spider-Man 2. Spidey confronts Venom once more in Web Of Shadows, but this time the hero becomes infected with the inky black Symbiote. He must balance his Black and Red outfits while collaborating with other Marvel heroes such as Luke Cage and Wolverine. While it’s unclear whether Insomniac’s next game will have the Symbiote infecting other people as it did in Web Of Shadows, new reports suggest that Marvel’s Spider-Man 2 may include Symbiote variants of every option costume for Peter and Miles.

Given that Venom is likely to be Spider-Man’s primary adversary in Marvel’s Spider-Man 2, as well as the possibility that other enemies develop ways to mimic the Wall-abilities Crawler’s to better combat him, wall-mounted combat like that found in Spider-Man: Web Of Shadows could be an exciting addition to Insomniac’s already impressive gameplay. Of course, only time will tell whether the developer feels fit to include this functionality, but fans will find out when Marvel’s Spider-Man 2 releases on PS5 in 2023.