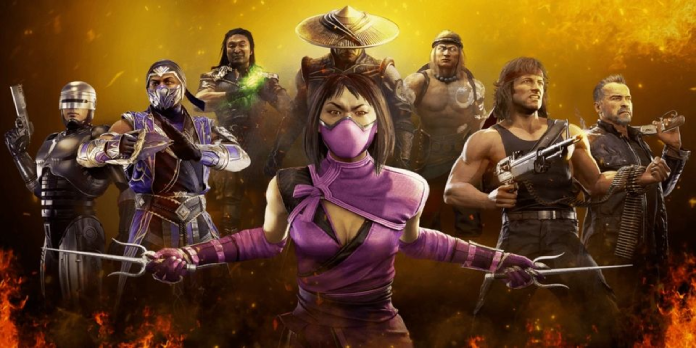 According to a recent leak, Mortal Kombat 12 will essentially be a re-release of MK11 with a roster that includes characters from MK9 and MKX. Following two and a half years of post-launch support, developer NetherRealm Studios announced the end of MK11 support this past July. Few details were given, but a message on Mortal Kombat’s social media channels stated that the company had turned its focus to something new. While fans and NetherRealm’s previous production history suggested Injustice 3 would be in the works, rumors allege the Chicago-based studio is working on Mortal Kombat 12.

Given MK11’s tremendous success and concern regarding Warner Bros.’ game division’s future, VentureBeat contributor Jeff Grubb predicted that the next Mortal Kombat installment would arrive ahead of Injustice 3. Not long after, Warner Media job postings were placed online, presumably hinting at MK12, adding fuel to the fire of rumors and suspicions. However, if fresh leaks are genuine, the upcoming installment in the long-running franchise may not live up to the expectations of MK fans.

Ska’Vorah, a Twitter user, uploaded a screenshot of a 4chan post alleging that NetherRealm fired 14 staff after releasing MK11: Ultimate Edition earlier this year. Mortal Kombat 12 will, according to the rumored former employee, be little more than a re-release of MK11, with characters from MK9 and MKX thrown in – except Cyber Sub-Zero and Triborg. Kombat Pack 3 for Mortal Kombat 11 was allegedly in development at one point, and its characters – Ermac, Harley Quinn, and Takeda – will debut in the game’s twelfth major iteration. Finally, the game might be shown as early as December 9, according to a 4chan user, which coincides with The Game Awards 2021.

New #MortalKombat game leak. Apparently next game is basically re-release of MK11 with all MK characters from MK9 and MKX added. They stopped supporting MK11 to work on this.
The Game Awards are on Dec. 9th. Not long to wait, so i guess we will find out is this real soon. pic.twitter.com/NNf5XhB1a0

While Twitter user judge arts is correct in noting that the above information aligns with earlier reports, the rumors also come from a shady source: a Reddit thread in which someone exposes their significant other’s work-related facts as retaliation for adultery. Such data should not be taken at face value.

Mortal Kombat 11 was released in early 2019 and has since become one of the series’ best-selling titles, with over 12 million copies sold worldwide. NetherRealm’s post-launch support for the game included two Kombat Packs, which brought characters like Terminator, RoboCop, Spawn, and The Joker into the arena.

NetherRealm Studios and WBIE have yet to formally announce Mortal Kombat 12.