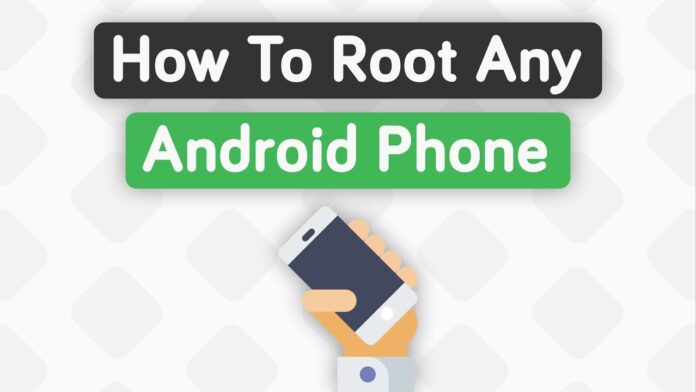 Free utility KingoRoot makes it a snap to require total control of almost any Android smartphone. Here’s the way to use it.

Rooting is that the Android equivalent of jailbreaking, a way of unlocking the OS, so you’ll install unapproved apps, deleted unwanted bloatware, update the OS, replace the firmware, overclock (or underclock) the processor, customize anything then on.

Of course, for the typical user, this seems like — and maybe — a scary process. After all, “rooting” around in your smartphone’s core software might sound sort of a recipe for disaster. One wrong move and you’ll find yourself with bricked handset.

Thankfully, there is a utility that creates rooting a one-click affair: KingoRoot. It’s free, and it works — though not with all devices.

I initially tested Kingo on a Virgin Mobile Supreme and Asus Nexus 7; the method quickly and straightforwardly. More recently, I used it to root an OnePlus One, and this point had been even easier — because an app did all the work.

However, I could not get the utility to figure on a Verizon Samsung Galaxy S6. Your mileage may vary, of course, and that I recommend checking the compatibility list before proceeding. (Even if your device isn’t thereon, the utility may go with it.) Here’s the way to start.

The most comfortable thanks to using KingoRoot is to put in the app version, which accurately performs the basis process with only one tap.

The only complicated part is getting that app onto your Android device. That’s because it isn’t available within the Google Play Store; instead, you want to download the KingoRoot APK and manually install it.

Ideally, you’ll point your device’s mobile to the KingoRoot Android page and download it directly. If that does not work for a few reasons, or you’re performing from your PC, download the APK and email it to yourself as an attachment. Then, on your device, open that email and download that attachment.

However, to install it, you will need to form sure your device is about to permit apps from unknown sources. In most versions of Android, that goes like this: Head to Settings, tap Security, scroll right down to Unknown Sources and toggle the switch to the on position.

Now you’ll install KingoRoot. Then run the app, tap One Click Root, and cross your fingers. If all goes well, your device should be rooted within about 60 seconds. (On my Galaxy as mentioned above S6, the method made it to 90 percent, then the Phone crashed and rebooted. Luckily, no harm is done.)

King’s support pages suggested I’d have better luck with the Galaxy S6 if I attempted the Windows version of KingoRoot. Here’s that process:

Step 1: Download and install KingoRoot for Windows, ensuring to go away unchecked the choice to “Install Yahoo-powered Chromium browser” then click Decline to stop the other adware incursions.

On Android 4.3 and later (including 5.0, though this also applies to some versions of 4.2), tap Settings, About Phone, then scroll right down to Build Number. Tap it seven times, at which point you ought to see the message, “You are now a developer!“

Also See:  How to Set Up an Out of Office Reply in Windows 10 Mail

With that done, tap Settings, About Phone, Developer Options, then tick USB debugging. Then tap OK to approve the setting change.

Step 3: Run Android Root on your PC, then connect your phone via its USB sync cable. After a flash, the previous should show a connection to the latter. Your device screen may show an “Allow USB debugging?” pop-up. Tick “Always allow from this computer,” then tap OK.

Step 4: Click Root, then sit back and wait while the utility does its thing. After a couple of minutes, my Galaxy S6 needs to 70 percent, then the Phone once more crashed and rebooted. Again, your mileage can (and presumably will) vary.

And that’s all there’s to it. If you opt you would like to reverse the method, just rerun Android Root, connect your phone, then click Remove Root. (Same goes for the app version, more or less.)

Now, what do you have to do together with your rooted phone? Hit the comments to share your favorite options.