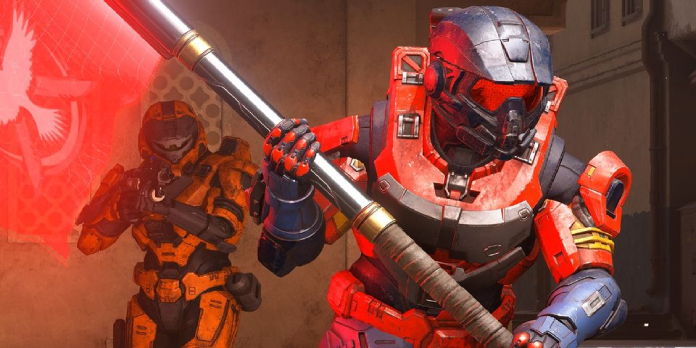 The multiplayer servers for Halo Infinite have been having problems since the game’s launch. Halo fans were ecstatic when 343 Industries announced that the free-to-play multiplayer option would launch sooner than expected. As a result, a flood of users downloaded and played the game, making it the most popular Xbox Studios original title on Steam.

The early release of Halo Infinite was leaked many days before the official announcement, creating a buzz among Halo fans. The Halo Infinite multiplayer release, which coincided with the 20th anniversary of the original Halo, was a wonderful opportunity for Xbox to pay tribute to their flagship title. Because Halo Infinite’s multiplayer is free to play, many fans of the game were anxious to explore what has been dubbed “the next big evolution of the first-person shooter genre.”

The launch, on the other hand, has not gone as well as 343 had hoped. Players have reported server difficulties on the day of the game’s launch. Players have reported being unable to access multiplayer in Halo Infinite, even after validating their account in the game, on the Halo Infinite Steam forums. The Verge reported that players were experiencing troubles such as a blue screen or other similar failures early in the release. Those issues, however, have been rectified, according to Halo Support on Twitter. However, it’s unclear whether a problem with connectivity is being addressed as well.

The time is here, Spartans! You should know be able to download the #HaloInfinite beta! If you're still experiencing an issue downloading the game, please restart console or Xbox app on PC. If you encounter a blue screen after that, please file a Halo Support ticket. https://t.co/KkDEVPhiP0

Although 343 took a big risk by releasing the Halo Infinite multiplayer mode without warning. However, the gamble paid off handsomely, as Halo Infinite swiftly became Steam’s most popular Xbox original game. The Halo Infinite launch was a resounding success, with over 162,000 concurrent players on Halo servers barely two and a half hours after the game went live. As annoying as they are, these server issues do not detract from an otherwise fantastic release day.

Also See:  How to Stop Windows From Powering Off Your USB Devices

At the very least, the success demonstrates to almost every player and spectator that Halo’s reign is far from over. The Halo Infinite campaign will be released later in November, in addition to the multiplayer. Even though it will not be free to play, commentators have already weighed in on the potential of the Halo Infinite campaign. In addition, a Halo television show is in the works, according to a recent release. In the foreseeable future, it appears that Halo enthusiasts will have plenty of things to devour.

Halo Infinite’s multiplayer mode is currently available on PC, Xbox One, and Xbox Series X/S. On December 8, 2021, the full version of the game will be released.

This week, the Assassin’s Creed Chronicles Trilogy is available for free...