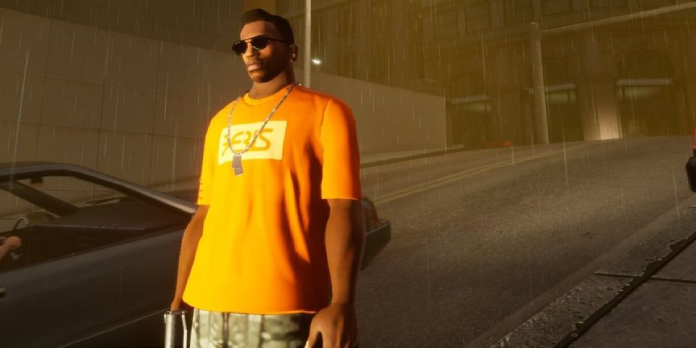 Following a recent patch that repaired over 100 game bugs, the controversial rain effect in the GTA trilogy remaster is said to be entirely resolved.

In the freshly released Grand Theft Auto: The Trilogy – Definitive Edition, Rockstar Games has officially addressed the much-maligned heavy, low-quality rain effect that afflicted all three remasters. The long-awaited GTA trilogy remasters attracted flak after their November 11th release due to a slew of game-breaking bugs and performance concerns that prevented users from playing the game. Unfortunately, the game’s difficult start was exacerbated when the PC version of the GTA trilogy was removed, angering many players who demanded refunds when the game was released from libraries without permission.

Even though the collection was updated and returned to the Rockstar Launcher, a single contentious issue plagued the remastered GTA collection across all platforms. Due to substantial visibility issues that entirely obscured each title’s landscapes, players found it difficult to explore each title due to an unclear rain effect that was graphically bugged. Shortly after, modders leaped on the problem and provided solutions that lightened and softened the impact. However, these were only accessible for PC. Thankfully, this was only temporary since Rockstar Games appears to have resolved over 100 problems, including the obscure effect, in a recent update for the Definitive Edition.

Many players have taken to the internet to express their delight after learning that the rain effect in Grand Theft Auto: The Trilogy – Definitive Edition has been rectified due to a recent update. TmarTn, a Twitter user, released a brief video of San Andreas illustrating how the new weather effect made navigating the streets of Grove Street simpler. Meanwhile, another user, chronichydro420, showed out Grand Theft Auto 3’s new lightened rain effects, which go well with the game’s design. Unfortunately, some gamers claim that the effect isn’t rectified, claiming that the camera still locks the rain and turns off in specific regions.

THEY FIXED THE RAIN IN THE GTA TRILOGY!! pic.twitter.com/x2ssN0oW3u

Yeah, you can see it when CJ rides under the bridge. It very lazily just hits a giant "abort" button when CJ is under cover, and then switches back on when he comes back out, and is a bit slow doing it too, for that matter.

Though promised fixes address bugs and other issues, it appears that Rockstar Games and Grove Street Games, the developers of the GTA remaster, still have a lot of work ahead of them. A GTA hacker recently discovered touchscreen controls in the game’s code, bolstering allegations that the Definitive Edition is a heavily changed and coated version of the developer’s problematic mobile game ports. This new revelation was a new low, as it appeared that Rockstar Games failed to consider Grove Streets Games’ lousy background, and now they must redeem the vilified title.

The blurring rain effect in Grand Theft Auto: The Trilogy – Definitive Edition was one of the game’s main flaws, and players’ reactions to it being fixed have been overwhelmingly positive. While the creators still have a lot of work to polish the game to its full potential, patient fans can now look forward to more updates in the coming weeks.

The Definitive Edition of Grand Theft Auto: The Trilogy is currently available for PS5, Xbox Series X/S, PS4, Xbox One, Nintendo Switch, and PC. In H1 2022, it will be released separately for iOS and Android.