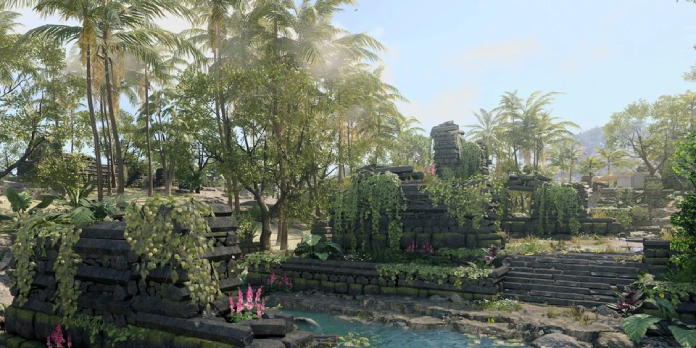 The first season of Call of Duty: Vanguard will feature the return of a classic series map, this time with a Pacific theme.

A fan-favorite map from the Call of Duty franchise’s history will get a Pacific twist in a future Call of Duty: Vanguard map. The latest installment in the first-person shooter franchise transports players to the various fronts of World War II and depicts the origins of modern Special Forces. Even though the legendary shooter brand has defined the genre in the past, Call of Duty: Vanguard saw a significant drop in UK sales compared to other recent entries such as Black Ops Cold War.

Fans were eagerly anticipating the arrival of Call of Duty: Vanguard, which promised to represent an unprecedented advancement for the FPS game. Single-player campaigns, competitive multiplayer, and cooperative Zombies horde mode are the three foundations of the series, and Vanguard delivers on all three. The game also has a tie-in with Call of Duty: Warzone, with a brand-new map based on WWII’s Pacific Theater, added to the battle royale game. Unfortunately, the franchise’s newest addition was panned upon release, with fans describing the campaign as unfinished and the multiplayer feature as a repeat of previous games. The fact that Call of Duty: Vanguard’s Secrets of the Pacific event was canceled after a highly problematic launch on November 24 further adds to the fan fury.

According to Charlie INTEL, a new Call of Duty: Vanguard map will be a Pacific-inspired revival of a classic series map. According to the game’s developers, two new weapons, a new playable Operator, new Zombies content, new multiplayer modes, and two new maps are among the free stuff that will be available on December 8. One of these maps will reportedly be a fresh take on “a fan-favorite classic Call of Duty map,” though no further specifics on which map this could be are provided. When Call of Duty: Vanguard Season 1 launches on December 8, all this content will be available.

More info coming on Season 1 soon, and MP map for Vanguard “that includes a Pacific-inspired take on a fan-favorite classic Call of Duty map…” pic.twitter.com/ZlWUXuNuDp

Since its release, Call of Duty: Vanguard has received a lot of criticism, and the frustrations of fans may soon migrate to Warzone, the game’s free-to-play sister. Since its release, the battle royale shooter has been merged with more traditional series entries such as Modern Warfare and Black Ops Cold War. Its collaboration with Vanguard promises to be the most comprehensive yet. Fans are concerned that changes made to Warzone due to the merger with Vanguard, such as destructible surroundings, blind fire, and weapon proficiencies, may hurt the game.

The Call of Duty franchise has developed to become a premier first-person shooter staple since its inception in 2003. From World at War’s huge Castle to Black Ops’ constrained Nuketown, the franchise has seen some genuinely distinctive and popular multiplayer maps throughout its existence. While it is still unknown which classic map will be resurrected in Call of Duty: Vanguard, fans will play it on December 8.

The PS4, PS5, Xbox One, Xbox Series X/S, and PC Call of Duty: Vanguard are available.