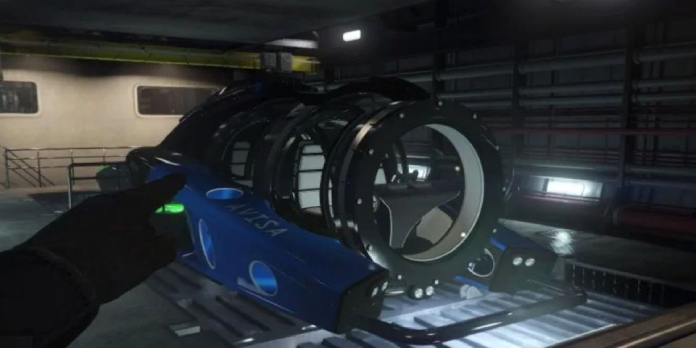 Since its inception in 2013, Grand Theft Auto Online has remained a popular game among gamers across all platforms, and some are now reflecting on their worst in-game money wastes. The game’s popularity has lasted well into the present, with GTA Online player counts breaking records as recently as 2020.

GTA Online is the online version of Grand Theft Auto V, which allows users to create fictional personas and run around the fictional city of Los Santos, wreaking mayhem and chasing down other players. Each new heist and update adds new material to GTA Online, and money is frequently at the center of the game’s activities. New businesses for financial opportunities or new quests for players to accomplish for cash are sometimes included in the updates. Some players take these assignments and complete them quickly, reaping the rewards and earning a lot of money in the game. Other gamers like to race their automobiles and win the huge reward by coming in first. There is even a casino where players can wager money in the hopes of winning large rewards such as a new automobile or the jackpot. Because there are so many ways to gain money in GTA Online, it’s no wonder that many have spent money on seemingly useless stuff.

User thunderdome33 posted to Reddit to ask everyone what their biggest online multiplayer gaming waste of money was. The Kraken Avisa, which is an underwater transport that allows players to travel over the ocean and explore the sceneries, was provided by OP. They described it as their biggest financial blunder, claiming they only used it once and haven’t used it since. The Avisa costs $1,545,000 in-game and does not appear to be deserving of such a high price. Players riding in the Avisa can be a sitting duck for other players if no defense system is in place. Other subaquatic vehicles are more helpful than the Avisa since they are faster and have guns.

what’s everyone’s biggest waste of money? here’s mine. from gtaonline

The Stromberg, a submersible sportscar, received an honorable mention from a few Reddit users. The Stromberg costs $3,185,350, and gamers have noticed that it isn’t particularly valuable in the long run. The Stromberg appears to be suitable for GTA Online PVP engagements such as the Vehicle Vendetta. However, players have stated that it is not worth the money spent. The Karin Technical Custom was another runner-up in the Reddit thread. This costs over $142,500 and appears to be worth the money, but gamers have stated that it leaves the gunner vulnerable to attack without any defense. It also spawns a significant distance away from the player’s character, which can be deadly in a pinch. Other notable mentions included the boat and the Luxor Deluxe – commonly known as the 10-million-dollar jet – but the Avisa emerged as the clear victor of the debate.

Also See:  The leak of the Galaxy S22 camera doesn't sound that terrible

With fresh GTA Online upgrades and entertaining challenges, the online component of Grand Theft Auto V continues to entice fans back in. With each new update, players can spend their money on new vehicles, stores, and enterprises, which means there are even more options for wasteful spending, whether planned or not.

FIFA 22 NFTs Hinted At By EA