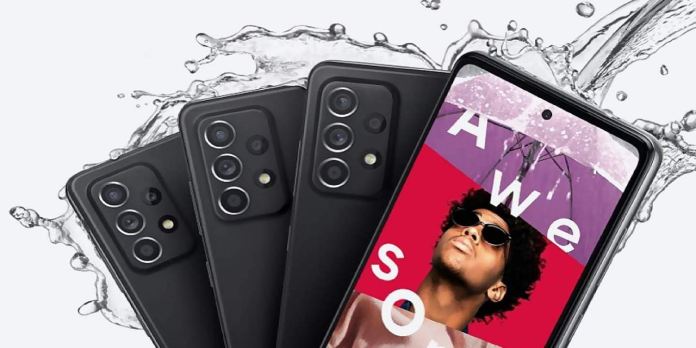 Samsung wants people to buy its expensive Galaxy S and foldable Galaxy Z flagship smartphones, but not everyone can. The popularity of Samsung’s Galaxy A series devices in recent months has demonstrated a huge market for its mid-range line, particularly for models with 5G capability (via Canalys). In light of this, it’s no surprise that Samsung will revamp its Galaxy A phones in 2022, according to a new report quoting industry sources.

Rumors have cast Samsung’s 2022 mid-range smartphones in a more flattering light during the last three months or so. Almost all models are likely to receive camera upgrades, with some models perhaps reaching 50MP. Optical image stabilization (OIS) is rumored to be included in some of the next Galaxy A Series cameras, a feature that is currently considered standard on more expensive flagship phones.

Also See:  How to View SSL Certificate Details in Every Browser

According to a news story published by The Elec in South Korea, Samsung intends to offer some of its future Galaxy A models a genuine IP dust and water resistance classification. According to the report, there’s no news on how high it will go or which phones will pass the test, but the Galaxy A33 5G and higher will be advertised as waterproof. If the story is genuine, the waterproof rating will very certainly apply to the Galaxy A43, Galaxy A53, Galaxy A73, and Galaxy A83 models as well.

These won’t be the first waterproof Galaxy A phones, but the rumored update would make waterproofing a standard feature for the line for the first time. This improvement is thought to be a ploy to assist Samsung in gaining a competitive advantage over its mid-range competitors, namely Xiaomi and OPPO.

Although adding waterproofing to its phones may appear to be an extra expenditure, OnePlus has long cited the exorbitant costs of official IP certification as the reason it does not pursue that bullet point. On the other hand, Samsung may save money as a result of this move because the manufacturing process and materials will be simplified.

On the other hand, consumers may not be pleased with all of the Galaxy A series’ upgrades. Consumers quickly noticed that the rumored Galaxy A33 5G gadget (above) was missing a 3.5mm headphone jack after 91Mobiles shared a render of it. Samsung might improve the water-resistance of its smartphones and save money by removing the port, but the shift could be a difficult compromise for the corporation.

Xiaomi beats Samsung to become number 1 smartphone brand in the...