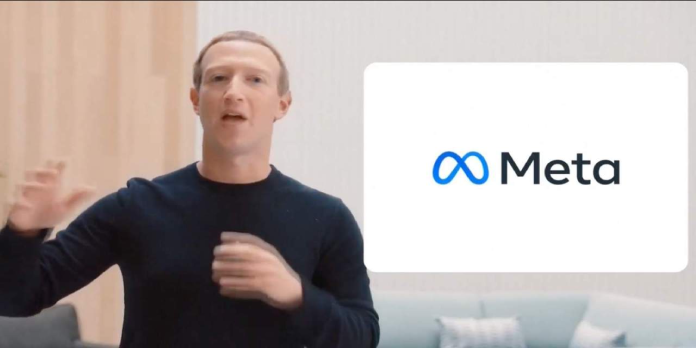 Facebook is rebranding as Meta in an attempt to spearhead the metaverse drive – and to put some distance between itself and the social network’s continuing scandal. During the Facebook Connect 2021 conference, CEO Mark Zuckerberg remarked, “Right now, our brand is so tightly linked to one product that it can’t possibly represent all that we’re doing today, let alone in the future.”

“I hope we are seen as a metaverse firm over time,” Zuckerberg continued, “and I want to base our work and identity on what we’re building toward.”

To coincide with Facebook’s division of its company, the answer is a new name. On the one hand, there will be the Facebook family of apps, including the massively popular Facebook social network, Instagram, WhatsApp, and other services. Meta’s future platforms will run concurrently – albeit they will report separately – and look ahead to a virtual world.

“As we move beyond what’s possible today, beyond the constraints of screens, beyond the limits of distance and physics, and towards a future where everyone can be present with each other, create new opportunities, and experience new things,” Zuckerberg added, “I’m proud of what we’ve built so far, and I’m excited about what comes next.” It’s a future that will be shaped by all of us, not just one firm.”

The Metaverse, in general, aims to transform virtual reality and augmented reality from their existing functions like gaming and entertainment experiences into something more lasting. Businesses are conducting meetings and day-to-day activities in the Metaverse. Families experiencing virtual reunions and experiencing things that are not conceivable in the physical reality are part of Zuckerberg’s vision.

Also See:  How to Access Shared Folders in Vmware? Try This Method

“We now have a new north star to help bring the Metaverse to life,” said Zuckerberg. “We also have a new name that symbolizes the full scope of what we do as well as the future we aspire to create.” We want to be Metaverse first, not Facebook, from now on.”

To put it another way, it will entail a more considerable distance between new projects and the original Facebook. Rather than requiring everyone to have a Facebook account, future products will be available without the necessity of a Facebook account. We’ve seen how contentious that requirement was with Oculus, and it appears that Facebook management has taken notice.

Beyond that, it’s an opportunity for Facebook to rewrite the script on some of the company’s more problematic aspects in recent years. From the Cambridge Analytica scandal to its participation in the spread of fake news, its role in election validity debates and the January 6th insurgency challenged hate speech campaigns, and the health effects of products like Instagram on young people, Facebook has received a lot of bad press. According to recent leaks, Facebook was fully aware of many of these flaws and their widespread impact and the fact that usage among critical categories such as young people was declining.

It remains to be seen how much the Metaverse – and a name change – can help with this. The attractiveness of the virtual world varies significantly from person to person, and even without Facebook branding, it is likely to be viewed with suspicion by many. However, if there’s one thing Facebook has shown it can do, it generates momentum and bulldozes past opposition.