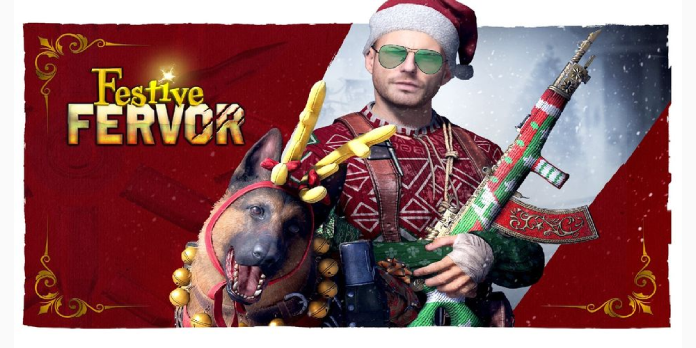 A new Festive Fervor event will be added to Call of Duty: Vanguard and Warzone, which will include Krampus, some malicious elves, and other winter elements.

Activision has announced the Festive Fervor event for Call of Duty: Vanguard and Warzone, which will include elves and Krampus, as well as other holiday-themed elements. With this new event, Warzone continues to get in the Christmas mood after receiving Scream and Donnie Darko skins during its Halloween event.

Call of Duty, an 18-year-old franchise with over 30 titles spanning many generations of hardware, continues to surprise and delight gamers with new and exciting content. Seasonal events, as well as crossovers with other properties, have become a series mainstay. Furthermore, the games continue to improve on what fans love about the franchise, with frequent adjustments to the series’ most popular mode, Zombies, which is now included in every mainline Call of Duty release. The Call of Duty development teams excel at matching tie-ins and features to each game’s setting or season, as evidenced by the potential of Indiana Jones and Captain America appearing in WWII-era Vanguard. The first-person shooter franchise is ringing in the season fittingly as winter descends into the Northern Hemisphere.

Also See:  Here’s when Diablo 2 Resurrected unlocks around the world

According to GameSpot, the Festive Fervor event, which begins on December 16, will include Krampus, elves, and seasonal cosmetic improvements. The elves star in a new Vanguard mode dubbed “Elf Team Six,” in which players can improve their total match score and killstreaks by hunting down members of Elf Team Six, who will appear randomly on multiplayer maps. Meanwhile, Krampus will be used to punish individuals who do not provide their fair share. He’ll show up and use a finishing technique on the gamer with the lowest objective score. However, he can presumably be beaten off. While this may not be enough to deter Call of Duty hackers from causing havoc in the series’ games, it is an intriguing technique to encourage participation.

Armageddon mode, a parody of previous titles’ Drop Zone mode, in which gamers struggle to control zones where gift-wrapped care packages drop, is also part of the Festive Fervor event. Fir trees will create unique supply boxes if a zone around them is controlled long enough in Warzone, and a version of Krampus will randomly target players but grant a permanent reward if killed. If gamers go too close to the elves in Warzone, they will yell, putting an end to any ideas of stealth. Both games will have map reskins and winter-themed goodies to match the event’s theme.

It’s an exciting moment to be a Call of Duty fan right now, as new content is being released regularly. The Pacific Caldera update for Warzone was just launched on December 8. It includes some fantastic new weapons and the Festive Fervor event to round out the holiday season. These patches and seasonal events show that the Call of Duty creators are still developing new ways to keep the games fresh.