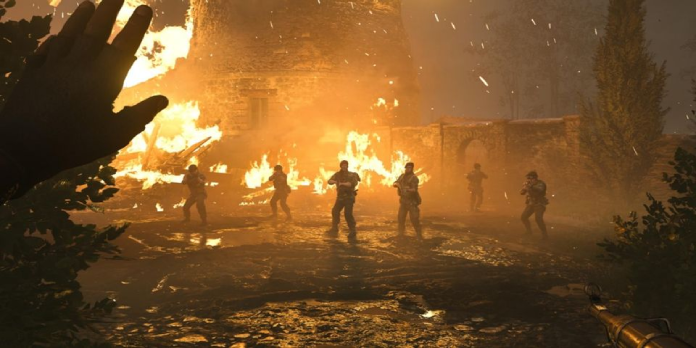 COD: Vanguard’s destructible settings have proven to be highly lethal, especially for those who bring a knife to a rocket duel.

The fragile environments in Vanguard are one of the newest features added to the long-running first-person shooter genre by developer Sledgehammer Games. Players are rapidly realizing that the destructible environments in Call of Duty: Vanguard may be devastating, especially for those brave enough to melee live attack ammunition. The options aren’t as broad as in games like Battlefield, but the feature works as expected.

Environmental damage only appears in specific regions on each map in Call of Duty: Vanguard. Such damage can sometimes result in discovering previously unseen tunnels, which can be advantageous in most situations. However, many Vanguard players think that the shooter is still a little light on what is and isn’t breakable. On the other hand, others have learned the hard way that destructibility in the current Call of Duty game isn’t as simple as it appears at first look. When shot at, windows shattered, wooden doors gave way to melee attacks, and so on.

Environmental devastation appears to be a severe issue in Call of Duty: Vanguard. Atlanta FaZe, a CDL team, recently did some practice runs on the Tuscan map in Vanguard. “I knifed a Bazooka in the closet, and it exploded up,” one player said throughout the battle, quickly telling his teammates. Another gamer, Arcitys, was curious about how it all worked, so he sought his Bazooka closet. When he found one, he, too, knifed the World War II-era rocket, which exploded in a matter of seconds. In the video below, you can see Arcitys’ spectacular demise:

So there you have it, the Tuscan map in Call of Duty: Vanguard has at least two distinct closets with live ammunition. Of course, the wherefore of it all is unknown, but players should avoid swiping their knives at in-game closets at random.

The latest Call of Duty game was released about a month ago, allowing gamers to take another journey through a World War II adventure created by Sledgehammer Games. The military shooter has had a mixed response at best, and sales, while still high, appear to be at their lowest in years in several countries. Post-launch support may flip the tide with Vanguard’s Season 1 content set to begin trickling out on December 9.