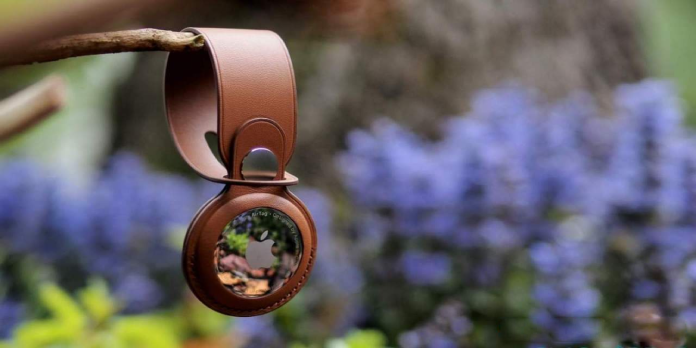 Apple has introduced a new app that allows Android users to see if they are being tracked by someone using an AirTag or other compatible trackers from other companies. Tracker Detect is a free program that monitors the user’s immediate surroundings for indicators of a compatible tracker near its owner, indicating a personal safety concern.

Apple’s AirTag is a competitor to comparable tracking gadgets from firms such as Tile. Consumers can use their iPhones to track their backpacks, laptops, and other items that have an AirTag attached to them with this small circular device. That’s wonderful for tracking down a forgotten handbag or wallet, but there’s a catch.

Some customers have expressed worries about partners and others tracking them without their permission using Apple’s AirTag. It might be as simple as leaving an AirTag in the victim’s car or sneaking one into their luggage when they aren’t looking.

Also See:  Fitbit snore detection arrives, but you need certain models to use it

AirTag is based on Apple’s Find My network, which uses the enormous number of Apple devices in public to detect and approximate the location of any particular tracker. Shortly after its debut, the business added new AirTag features to limit the chances of someone being tracked without their consent, such as warning neighbouring iPhone owners that an unknown AirTag is nearby (via Apple). The little devices are also programmed to play a sound at random after being apart from their users for several hours.

The new security features were implemented in response to widespread criticism that the small gadgets could be used to engage in stalking behaviour (via Intego). Apple announced in June that it would provide an app for Android users to identify unknown nearby AirTags. Today, that application is finally ready to download from the Google Play Store, about six months later.

Android users can utilize Tracker Detect to look for nearby trackers compatible with Google’s Find My network, such as AirTags. The program will display a list of any unknown trackers it discovers in the area. Users may make the tracker play a sound to assist locate the device, which could reveal whether it’s a misplaced AirTag or one that’s been purposefully hidden in one’s belongings.

Once the tracker has been found, Android users can utilize Tracker Detect to obtain information about the AirTag, such as its serial number. The program also tells you how to disable the gadget by removing its battery, which prevents its owner from knowing where it is. According to early app reviews, Tracker Detect appears to only work with manual scanning, which means that users will only be able to find nearby unknown AirTags and other trackers if they launch the app and hit “Scan.”

iPhone Users, Not Fond Of Siri? You Can Now Activate Alexa...