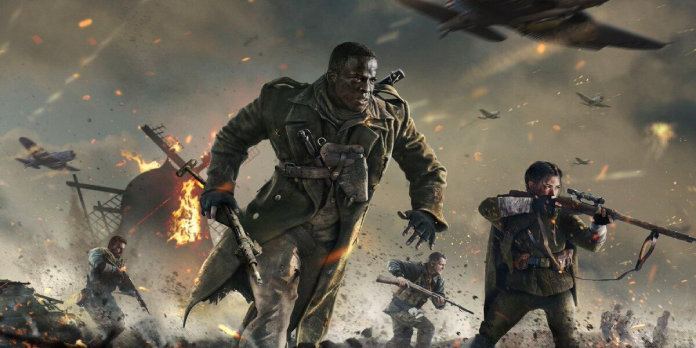 Call of Duty: Vanguard has erased allusions to the religious book after digitised pages of the Quran were discovered in a Zombies area.

After being posted and condemned online, inappropriate usage of the Quran was deleted from Call of Duty: Vanguard’s Zombies game. The latest edition in the FPS genre transports players to numerous World War II locations through its single-player storey, competitive multiplayer, and co-op Zombies modes. Call of Duty: Vanguard received mixed reviews for its other modes, but it was hailed for its Zombies mode, designed by Treyarch, a veteran Call of Duty team.

Call of Duty: Vanguard, released on November 5, has gotten positive reviews from reviewers and fans alike. However, with its uneven cast of characters and disconnected sequence of events, the single-player campaign is often regarded as the game’s worst feature. The game’s multiplayer feature, on the other hand, is believed to compensate for the single-player story’s inadequacies. Players in the competitive online shooter may pick from a huge range of weapons, all of which can be modified via the game‘s Gunsmith system. The Zombies mode in Call of Duty: Vanguard has garnered the greatest acclaim since it maintains the series’ hallmark horde survival and objective-based gameplay while also introducing new elements. However, it appears that some inappropriate stuff was included in the mode when it was released.

References to the Quran have been deleted from Call of Duty: Vanguard Zombies, according to Dexerto. The Der Anfang level has an area with the Muslim holy book pages sprawled over the ground when it first launched. As a result, gamers could unintentionally walk on the Quran, which is considered a kind of blasphemy in Islam. After discovering the Quran pages, the publisher of Call of Duty: Vanguard, Activision, made an official apology and stated that all references to the Quran had been deleted from the game.

Activision has issued a statement apologizing for #Vanguard Zombies including insensitive references to Muslim community. Activision says that the references have been removed from the game already. pic.twitter.com/Mu0hXwt9pY

While many gamers have praised the majority of components of the current Call of Duty game, some have complained that the title’s fractured storyline and rehashed multiplayer elements make it feel hurried. For example, multiple selectable individuals are recruited as highly trained Operators in Vanguard’s single-player plot, leading to contemporary special forces. On the other hand, the campaign’s tale is recounted in a highly archaic sequence, which may be extremely confusing when paired with the various distinct views players must move between. Destructible surroundings and blind-firing weaponry are among the new multiplayer aspects, but they don’t offer much to distinguish the game from its predecessors.

The criticism of Call of Duty: Vanguard enabling players to stomp on Quran pages inadvertently (albeit unintentionally) is understandable, given how revered the literature is across the globe. Activision and developer Sledgehammer find the use of the words as set dressing to be excessively tone-deaf. While the objectionable information has already been deleted from the Der Anfang map, it’s unclear how it came to be there.

Call of Duty: Vanguard is available on the PlayStation 5, Xbox One X/S, PlayStation 4, and PC.