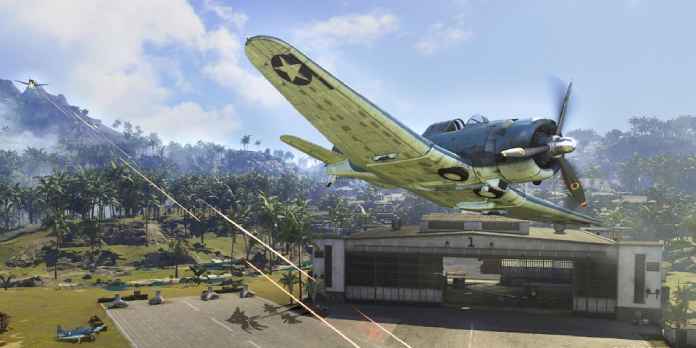 The major crossover between Call of Duty: Warzone and Vanguard is set to begin soon, although it has been postponed by several days.

According to a recent statement, Call of Duty: Vanguard Season 1 will be delayed, which also includes early access to Call of Duty: Warzone’s new Caldera area. Vanguard, a first-person shooter with a single-player storey, competitive multiplayer, and a cooperative Zombies mode, was recently published and took players back to World War II’s most infamous fronts. Call of Duty: Warzone will also be integrated with Vanguard, bringing significant upgrades to the franchise’s ever-evolving battle royale iteration.

Call of Duty: Warzone is a large battle royale game that ties into each standard Call of Duty release. It was released in March 2020. The game debuted as part of 2019’s Modern Warfare and then merged with 2020’s Black Ops Cold War for a lengthy time. This connection takes the form of synchronised updates that introduce new weapons and playable Operators to both games simultaneously, giving fans of the franchise a united experience. The huge Verdansk area in Warzone has also altered drastically over time, with the game’s tie to Black Ops Cold War prompting a major transition to a 1980s version of the map. The next Warzone and Call of Duty: Vanguard integration is supposed to be the most dramatic yet, with a new World War II-era Pacific map dubbed Caldera set to replace Verdansk and tie into the series’ newest chapter.

The imminent integration between Warzone and Vanguard is detailed in a tweet from Call of Duty. The premiere of Season 1 of Vanguard has been moved back from December 2 to December 8, delaying the release of Warzone’s World War II-themed Caldera map. Starting December 8, gamers who possess Vanguard will have exclusive access to the battle royale area for 24 hours, after which the rest of the Warzone player base will be able to try it out starting December 9. Vanguard’s multiplayer will also receive new maps, modes, weapons, and gear as part of the December 8 update and an update to the game’s Zombies mode. Meanwhile, the Caldera map in Warzone will introduce new vehicles as well as a Vanguard Royale mode.

Caldera’s integration with Vanguard will bring many additional enhancements to the battle royale shooter, in addition to Caldera itself. The RICOCHET anti-cheat system will be introduced to the game on December 8, which should help to address the game’s chronic hacker problem. Later, RICOCHET will be added to Vanguard, forming a cohesive front to keep hackers out of the series. Warzone will receive the same engine enhancements as Vanguard, boosting the 2020 title’s sound and performance. Warzone will also have World War II-era weapons, allowing players to expand their arsenals and complete the 1940s experience.

While Warzone has worked with two previous games, it appears that its integration with Call of Duty: Vanguard is unusually ambitious. Caldera’s new battle royale map is a lush Pacific island studded with caves and small towns, a far cry from Verdansk’s bustling streets. Both games will be reinvigorated with new weapons, maps, and vehicles for enthusiasts to explore. While Vanguard’s Season 1 will be released a few days later, gamers will be able to experience the new Call of Duty era on December 8.

The PS4, PS5, Xbox One, Xbox Series X/S, and PC Call of Duty: Vanguard and Warzone are available.