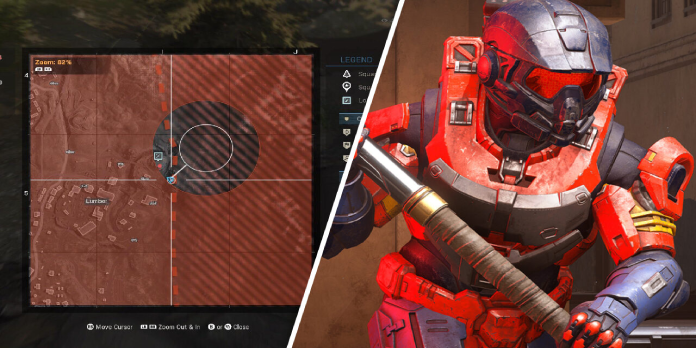 Even though Halo Infinite’s multiplayer mode was only released a few weeks ago, the game is already plagued by cheaters.

Streamers and esports athletes have spoken out against the rising community of cheaters and hackers in Halo Infinite. The latest Xbox game will be released on December 8, but the free-to-play multiplayer component will be available sooner. According to the vocal player base, Halo Infinite is already plagued with cheats, even though multiplayer has only been operational for less than two weeks.

While the single-player narrative of Halo Infinite will be released in December to tell the storey of the beloved alien-slayer Master Chief’s latest mission, the multiplayer mode is already accessible. Players on Xbox consoles and PC can access that section for free, but speedier Battle Pass progression and some cosmetic things require real-world cash. Unfortunately, hackers have been seen in some instances, allegedly using aimbot hacks to get an unfair advantage over honest players. The demand for an option to turn off crossplay between Xbox and PC is growing, owing to the ease with which the PC version may be hacked. While Halo Infinite can ban Ranked players for various infractions, this system, along with the game’s anti-cheat technology, appears to have failed to keep cheats at bay.

Even well-known streams and esports professionals have had run-ins with cheats in Halo Infinite. On November 24, co-owner of 100 Thieves Jack “CouRage” Dunlop tweeted his displeasure at his first in-game cheater. James “Clayster” Eubanks, a Call of a Duty esports player, and kiffdog, a Halo pro, both claimed similar hacking incidents in the last few days. Meanwhile, Professional Valorant player Zlep managed to capture a recent encounter with a hacker who used an aimbot hack to kill enemy players almost fast, revealing the severity of Halo Infinite’s cheat issue.

just played a cheater on the FIESTA playlist in halo.. on thanksgiving… some people truly need to get a grip

The widespread cheater issue in Halo Infinite is a potential cause for concern, given the game’s recent release. The use of hackers will only grow in the future. Therefore Halo Infinite cheats may become more prevalent in the Xbox game. 343 Industries is under pressure to deliver a speedy and effective solution, but calls for optional crossplay between PC and Xbox have yet to be answered.

Halo Infinite multiplayer is available for Xbox One, Xbox 360, and PC, with a full release scheduled for December 8, 2021.

Overwatch character McCree will be renamed amid Activison Blizzard scandal

PlayStation 5 May Be Easier To Buy In China Than Anywhere...