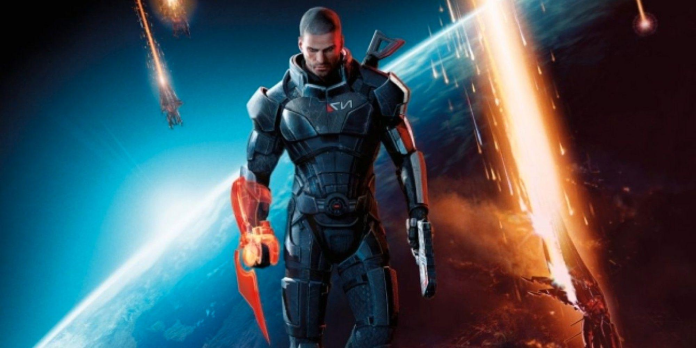 Several beloved Mass Effect characters are transformed into Animal Crossing villagers in a charming piece of crossover fan art. The unforgettable characters and player choice are emphasised in the sci-fi space epic and Nintendo’s benign life sim. While BioWare has teased the release of Mass Effect 4, Animal Crossing: New Horizons has just received its final piece of post-launch content for the Nintendo Switch.

Also See:  According to a leak, Animal Crossing: New Horizons may receive holiday items in an update

The free 2.0 update for Animal Crossing: New Horizons introduced a slew of new features to the island-themed game, including permanent shops for the game’s travelling vendors and NPCs. Players can also go to Kapp’n to explore faraway islands that may hold valuable treasures. Brewster’s café and additional decoration options allow players to fill out their islands even more. Meanwhile, this year, Mass Effect Legendary Edition restored the popular sci-fi game trilogy for PC and last-gen consoles, adding a slew of new features and quality-of-life enhancements. While the aesthetics and performance of each game were improved, the cast of people and their tales in Mass Effect remained identical.

Reddit user odango with uploaded cute fan art combining Mass Effect characters and Animal Crossing: New Horizons’ graphic style, bringing the two popular franchises together. The artwork transforms the most well-known and popular members of the Mass Effect franchise into villagers who would look right at home alongside Animal Crossing characters like Tom Nook and Isabelle. Kaiden Alenko, the abiotic warrior, is transformed into a cute puppy with his signature hairdo, while calibration master Garrus Vakarian is transformed into a big bird. Ashley Williams, an Alliance trooper, transforms into a squirrel, while Krogan juggernaut Urdnot Wrex transforms into an enraged frog. Tali’Zorah, who plays an adorable purple octopus, and Liara T’Soni, who plays an alien-looking deer, round out the crossover cast.

Animal crossing x Mass Effect. Art by me from masseffect

The Mass Effect franchise, like Animal Crossing, is centred on player choice and engaging with a community of endearing NPCs. The save file transfer system in BioWare’s epic sci-fi franchise is perhaps most recognised for allowing choices made in each game to have ramifications that reverberate throughout the original trilogy. While the ending of Mass Effect 3 was a decisive and infamously disputed conclusion to the original tale, Mass Effect: Andromeda, released in 2017, intended for a fresh start in the franchise universe by leaving the Milky Way Galaxy behind. However, BioWare has been teasing Mass Effect 4 for over a year, implying that the next entry of the game will continue the original trilogy’s tale rather than Andromeda’s.

While the Mass Effect and Animal Crossing game series appear to be completely different at first glance, they share a few similarities. Fans have been enamoured with each cast of colourful otherworldly companions, and both games allow players to customise how they want to interact with the imaginary realms. By reinterpreting major Mass Effect characters in the setting of Animal Crossing’s adorable environment, odangowitch’s fan art pays homage to both genres. While Animal Crossing: New Horizons has only recently acquired its final piece of content, it appears likely that a sequel will follow in the footsteps of BioWare’s original trilogy, Mass Effect 4.