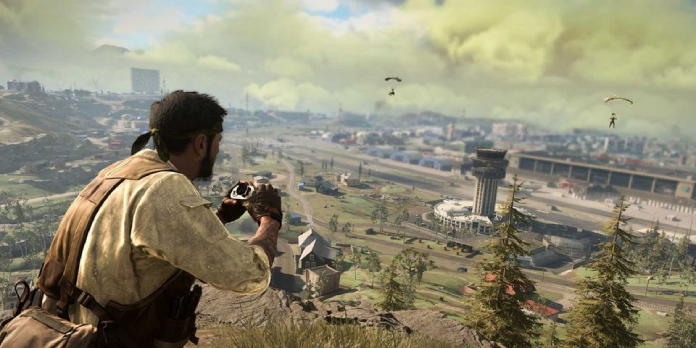 Call of Duty: Warzone Season 6 will be the end of the Verdansk map as Raven Software makes room for the new map in time for Vanguard’s integration.

Raven Software has confirmed that the Verdansk map will be phased out of Call of Duty: Warzone Season 6 to make room for the integration of Call of Duty: Vanguard, which will introduce the new Pacific map. Verdansk has undergone numerous changes in the last year, with the Verdansk map changes in Call of Duty Season Six being among the most significant yet. Seismic charges planted around existing POIs have affected Warzone’s main battleground, levelling much of Downtown, splitting the Stadium in half, and exposing hidden WW2-era bunkers.

Even though Warzone Season Six will mark the end of Verdansk as the game’s main map, it isn’t the only update to make significant changes to the sprawling location. Verdansk has undergone several changes, from the opening of the map’s central Stadium to several other POIs. After Warzone Season Three’s nuke event, which transported players back to 1984 with an updated, retro Verdansk to explore after the game integrated with Call of Duty: Black Ops Cold War, the biggest so far, took place. However, all of these changes will soon be forgotten as both the developers and the players bid Verdansk farewell.

Raven Software has confirmed in an official promo spotted by CharlieIntel that Season 6 will be the “last time in Verdansk” for players. The classic battle royale map was already confirmed to be replaced at the end of Season 6, but this is the first indication Warzone may not keep either iteration of Verdansk as an alternative to Pacific. The new map’s official release date has yet to be determined, but it was previously stated that it would be available in Warzone by the end of 2021.

"Season 6 will be our last time in Verdansk," Raven Software confirms. #Warzone pic.twitter.com/TibX9nzlgy

It wasn’t clear when Warzone’s Pacific map was first revealed whether it would join Verdansk and the much smaller Rebirth Island or completely replace one (or both) of them. Finally, at the end of Season Six, it’s clear that the new map will completely replace Verdansk. However, because the change isn’t expected until the end of the year, it’s unclear whether Verdansk will be removed with the release of Call of Duty: Vanguard or if it will be available in Warzone for a while after the November 5 release of the next instalment.

Also See:  The Classic GTA Trilogy Is Not Available on Windows for Remaster Purchasers

For Call of Duty: Warzone players, saying goodbye to Verdansk could be a bittersweet experience, as the map has been a staple of the battle royale since its launch in early 2020. However, some players have recently preferred Warzone’s improved Rebirth Island lighting and smaller match sizes. Verdansk is nearly two years old, but it has some iconic POIs and a larger area to explore and loot. It’s likely that the time has come to replace the old with the new, especially as Call of Duty: Warzone prepares for full Vanguard integration.

Call of Duty: Warzone is a game that can be played on the PS4, Xbox One, and PC.