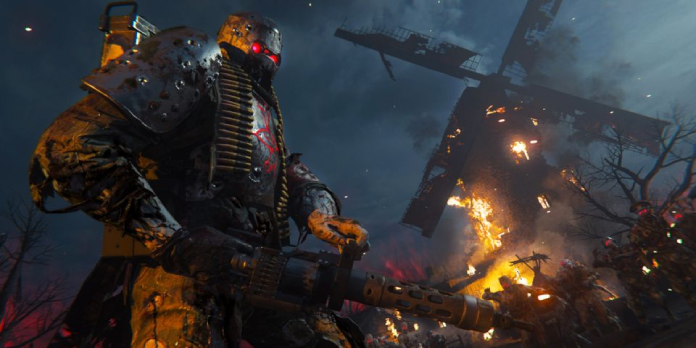 Days before the game’s release, a series of leaked Call of Duty: Vanguard gameplay videos show offscreen footage of the game’s Zombies mode in action.

Just days before the game’s November 5 release, a series of leaked Call of Duty: Vanguard films reveal previously unseen footage of the game’s Zombies mode. Treyarch’s latest take on Zombies mode, built for Call of Duty: Black Ops Cold War, will continue the series’ lengthy heritage of zombie-killing that dates back to World At War. Sledgehammer Games, the creators of Call of Duty: WWII, are in charge of core development, but due to the game’s accelerated production cycle, one of Activision’s star studios had to step in to ensure the Zombies mode, as well as the narrative and multiplayer, arrived on time.

The Zombies mode in Call of Duty: Vanguard will continue the series’ most recent Dark Aether storyline, with Vanguard’s Zombies being a forerunner to Black Ops Cold War’s. Apart from a trailer in October that revealed the premise and gameplay of Call of Duty: Vanguard Zombies, Activision has been relatively silent regarding the primary mode in the run-up to the game’s release. Now, due to the leaks, a more precise (though still hazy) picture of what to expect from actual moment-to-moment gameplay has been revealed.

Also See:  Steam Next Fest happens from October 1 to October 7

Offscreen footage, such as imSoda’s on Reddit (via VGC), has shown off roughly 20 minutes of Call of Duty: Vanguard Zombies gameplay in total; however, most have been taken down by publisher Activision due to copyright violation. The films show a lot of war-torn World War II landscape, zombie blasting, and numerous weapons used in Call of Duty: Vanguard. A pair of YouTube videos had tens of thousands of views before being taken down, and it’s possible that reuploads and maybe different footage can still be accessed elsewhere online.

Treyarch has given the upcoming Zombies mode in Call of Duty: Vanguard the name Der Anfang. According to the press release, the publication will add new context to the Dark Aether storyline by viewing events surrounding Nazi Germany during WWII. Parallel to the events of World at War’s original Zombies mode, Der Anfang will focus on events on the Pacific front and in South Africa rather than Europe. Despite Activision’s usual desire to suppress leaked gameplay footage ahead of game releases, Call of Duty: Vanguard’s Zombies reveal trailer provides the best look at the mode’s story so far.

Many people have now seen some Vanguard Zombies gameplay, which may sway those concerned about the new game’s level (or lack thereof). This will be the series’ first attempt at making one game’s Zombies mode a straight follow-up to the previous one, and it will contain a franchise-first crossover. Although the plot can carry Zombie’s campaigns further than most features in a Call of Duty game, Vanguard’s Zombie’s reception will ultimately be determined by gameplay.