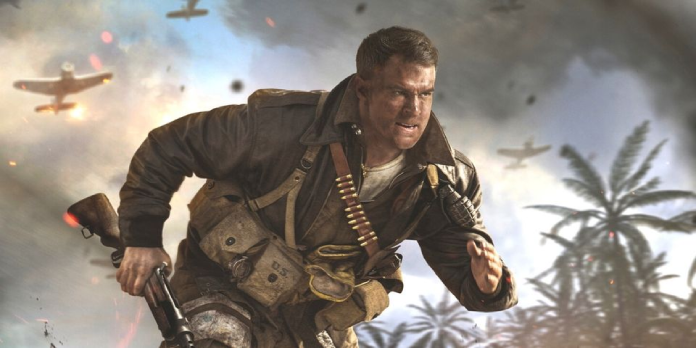 The game’s developers have revealed the areas, modes, and operators that will be accessible when Call of Duty: Vanguard launches next week.

The locations, modes, and operators for Call of Duty: Vanguard has been detailed ahead of time, revealing everything players can anticipate when the game launches on November 5. Call of Duty, produced by Sledgehammer Games, promises World War II-era combat, bringing the tragic war to life in digital form through the story, multiplayer, and zombie game modes. While some people played Call of Duty: Vanguard during the beta in September, Sledgehammer Games has kept a lot of information from players until now.

Call of Duty: Vanguard has been dubbed the “never-released sequel” to Call of Duty: World at War. The first-person shooter has returned to more traditional gameplay, evoking memories of the 2008 sequel, with players pitted against one another on the Eastern front and in the Pacific theatre. The historical installment includes new semi-destructible landscapes and a heavier level of gore than previous games, with severed limbs and bleeding stumps littering the battlefield as battles begin. With the game’s release barely a week away, Sledgehammer Games has finally revealed what else troops might expect.

A new Call of Duty blog post delves into the maps, modes, and operators of Call of Duty: Vanguard. The game will launch 20 maps and seven core (and hardcore) modes that will introduce players to the many locations of World War II-themed fights. In Decoy, troops clash on a Special Forces training ground, while in Castle, opposing forces unload lead throughout a historic citadel in Japan’s southernmost prefecture. The seven basic Vanguard modes, including classics like Kill Confirmed and Team Deathmatch and the new Patrol game mode, are spread across 16 maps. Vanguard also adds Champion Hill, a multi-arena survival event where soloists, duos, and trios build Loadouts and compete for cash. Combat Pacing provides filters and options to construct fan-designed Quick Play playlists, allowing players to experience everything in Call of Duty: Vanguard. Tactical, Assault, and Blitz lobbies each have their distinct game modes, although players can filter to “All” to enter any of them at random.

Play your way across 20 MP maps (that’s right, 20!) on day one where you can select your pace:

💥 Tactical: steady and strategic
💥 Assault: balanced with room to breathe
💥 Blitz: High intensity and sweaty (AKA every map can be Shipment)

In Call of Duty: Vanguard, there will also be several Hardcore modes in which base health is reduced, and the HUD is minimized, resulting in a more realistic gameplay experience. Vanguard will also have Private Matches where players can practice combat skills with bots or friends. The 12 playable Task Force Operators will be accessible at launch, according to the blog post. S.O.T.F. 002 through 005 are the four Task Forces, each of which has three Operators. When Vanguard’s integration happens during Season One, each Task Force, led by the founding members of Task Force One, introduces unique Operators that can be played in Multiplayer, Zombies, and Warzone.

Call of Duty: Vanguard, released less than a year after Black Ops Cold War, appears to be adding a lot of variety from past incarnations to offer a unique Call of Duty experience. Vanguard multiplayer is shaping up to have a lot of unique flavors, with both classic and new game modes available at launch – with more to come post-launch.

The buzz is one thing, but the execution is another, as with any new game. Hopefully, Call of Duty: Vanguard will live up to its expectations and give a unique World War II FPS experience while building on the Call of Duty concept.

On November 5, Call of Duty: Vanguard will be released on PlayStation 4/5, Xbox One X/S, and PC.