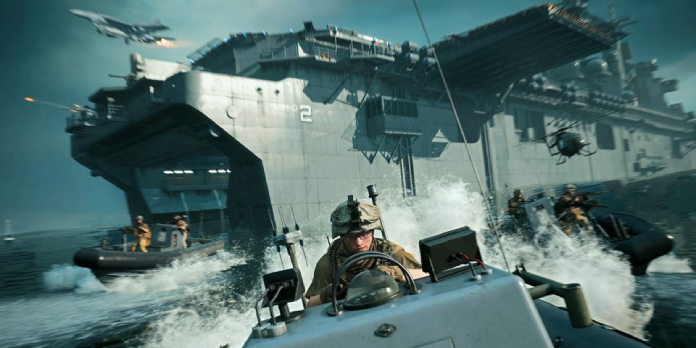 Following the rocky launch of Battlefield 2042, EA has announced that future Battlefield games would be connected in one universe.

Following the rocky launch of Battlefield 2042, EA has confirmed that a shared Battlefield franchise universe is in the works. This announcement coincided with a management shift for the series, with Vince Zampella, co-founder of Infinity Ward (Call of Duty) and EA studio Respawn Entertainment, overseeing the Battlefield series (Apex Legends).

This huge leadership change follows a tumultuous Battlefield 2042 launch period marred by bugs, poor performance on all major platforms, and server troubles. Battlefield 4, Hardline, and 5 were all problematic at launch in their ways – while they shared many of the present faults with Battlefield 2042, Battlefield 2042 has sparked a negative critical and user reaction that dwarfs the series’ previous blunders. While anger and review scores are important, one form of indicator, in particular, maybe drive EA’s radical moves. Since its debut, battlefield 2042 Steam player numbers have plummeted by roughly 70%.

Despite the current roadblocks, EA’s newly recruited Battlefield franchise chief Vince Zampella tells GameSpot that the company is working on creating a “connected Battlefield universe,” implying that more frequent series releases are on the way. Although Zampella claimed that future Battlefield games would be “interconnected with shared characters and narrative,” he did not discuss yearly releases like Call of Duty. According to Zampella, this strategic move (as Battlefield games are normally different and published years apart) will not negatively impact existing titles, which vows that Battlefield 2042 will “develop and mature.”

Our vision for Battlefield starts with our commitment to 2042 and grows beyond that into a new future. Hear more about our road ahead with Vince Zampella and others in a new interview.https://t.co/ZdKqQOMVuz

The newest installment in the series, which is only two weeks old, appears to be on track to do just that. Battlefield 2042 Update #3, which claims to fix hundreds of gameplay and UI bugs, was released recently after a smaller pair of fixes. Because the patch was released on the same day as EA’s restructuring of Battlefield production, it appears that the multiplayer-only FPS still has a long way to go. The player base will soon reveal what worked and what didn’t in the newest release, and it may be some time until Battlefield 2042’s performance and graphic problems are ironed out to an acceptable level.

Although there are considerably fewer players in the new Battlefield than on launch day, those still playing have expressed dissatisfaction with drastic series departures like Battlefield 2042’s widely criticized Santa skin. What EA has planned for Battlefield’s shared universe has remained a mystery thus far, but there might be future outrage if it doesn’t measure up with the games’ established image and reputation.