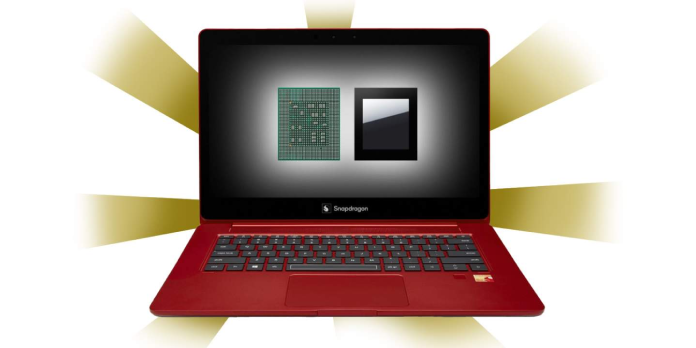 Since last year, Chromebooks have seen a tremendous increase in sales as many schools, families, and offices have moved to remote or at-home arrangements. This class of devices has always been developed and promoted for scenarios where most work and even play takes place on the Internet, either directly inside browsers or through Web Apps. Things have evolved dramatically in the last several years, with Chrome OS receiving a slew of new features that may necessitate even more processing power. Thankfully, Qualcomm’s latest Snapdragon Compute platforms are just around the corner, just in time for Steam’s possible debut.

The Snapdragon 8 Gen1 for mobile devices isn’t Qualcomm’s only new processor, even though it is making headlines right now. That’s understandable given that it will power the next generation of flagship smartphones in 2022, a market that is always in the news. However, the renowned chipmaker offers two new Systems-on-Chip (SoCs) built for even more resource-intensive computing devices, such as Windows PCs and Chromebooks.

The Snapdragon 8cx may be recognizable to those who follow Arm-powered Windows PCs. This third-generation chip aims to take that promise to the next level, thanks in part to its status as the first 5nm platform designed for Windows laptops and Chromebooks. There’s also the fact that the chipset has four Cortex-X1 cores and four Cortex-A78 cores, not one, not two, but four. Although those are Arm IPs from last year, their arrangement still outperforms Qualcomm’s Snapdragon 8 series for mobile.

Qualcomm claims an 85 percent increase in CPU performance over the Snapdragon 8cx Gen2 and a more modest 60 percent increase in GPU performance. Of course, AI and 5G capabilities are included in the standard package, touching on the most important aspects of modern computing, whether on your phone or at your desk. Of course, this new Snapdragon 8cx Gen3 is aimed at Arm-powered Windows PCs, but Qualcomm’s language hints that Chromebooks are also fair game for this new computational platform.

According to Qualcomm, the Snapdragon 7c+ Gen3, another third-generation CPU, will be targeted at the company’s mid-tier compute platform. It’s a more modest upgrade than past Snapdragon chips for phones, and it’s more in line with what you’ve seen in previous Snapdragon chips for phones. Four Cortex-A78 cores and four Cortex-A55 cores are operating together, which is similar to last year’s setup minus the powerful Cortex-X1.

Despite this, Qualcomm touts the Snapdragon 7c+ Gen3 as a major upgrade over its Gen2 predecessor, offering a 60% CPU boost and a 70% GPU boost. The Snapdragon X53 5G modem delivers 5G, while Wi-Fi 6 and 6E are likewise supported.

In comparison to the Snapdragon 8cx Gen3, the Snapdragon 7c+ Gen3 is aimed firmly at “entry-tier” devices, including Windows PCs and Chromebooks. On the other hand, Windows may have issues with it, but Chrome OS will most likely operate like butter. When Google and Valve’s relationship eventually bears fruit, Chromebooks may require all of the computing power they can get.

Steam is expected to make its way to the more web-centric Chrome OS platform shortly. The project codenamed “Borealis” is gradually gaining traction as a more visible feature of Chrome OS. Some flags will be accessible in the upcoming Canary dev version of Chrome OS 98, according to Android Police.

Steam Proton, Valve’s compatibility layer for running Windows games on Linux, is also being prepared for Chrome OS compatibility. Even if there’s still a long way to go, getting started early bodes well for Steam’s future on Chrome OS.

Chromebooks have already established their worth in the enterprise and education sectors, but Google isn’t just interested in serving those markets. Giving these devices more processing power and playing PC games will help Chrome OS become more ubiquitous. However, whether Qualcomm’s third-generation CPUs are up to the challenge will have to wait until next year, when handsets based on the Snapdragon 8cx Gen3 and Snapdragon 7c+ Gen3 are released.